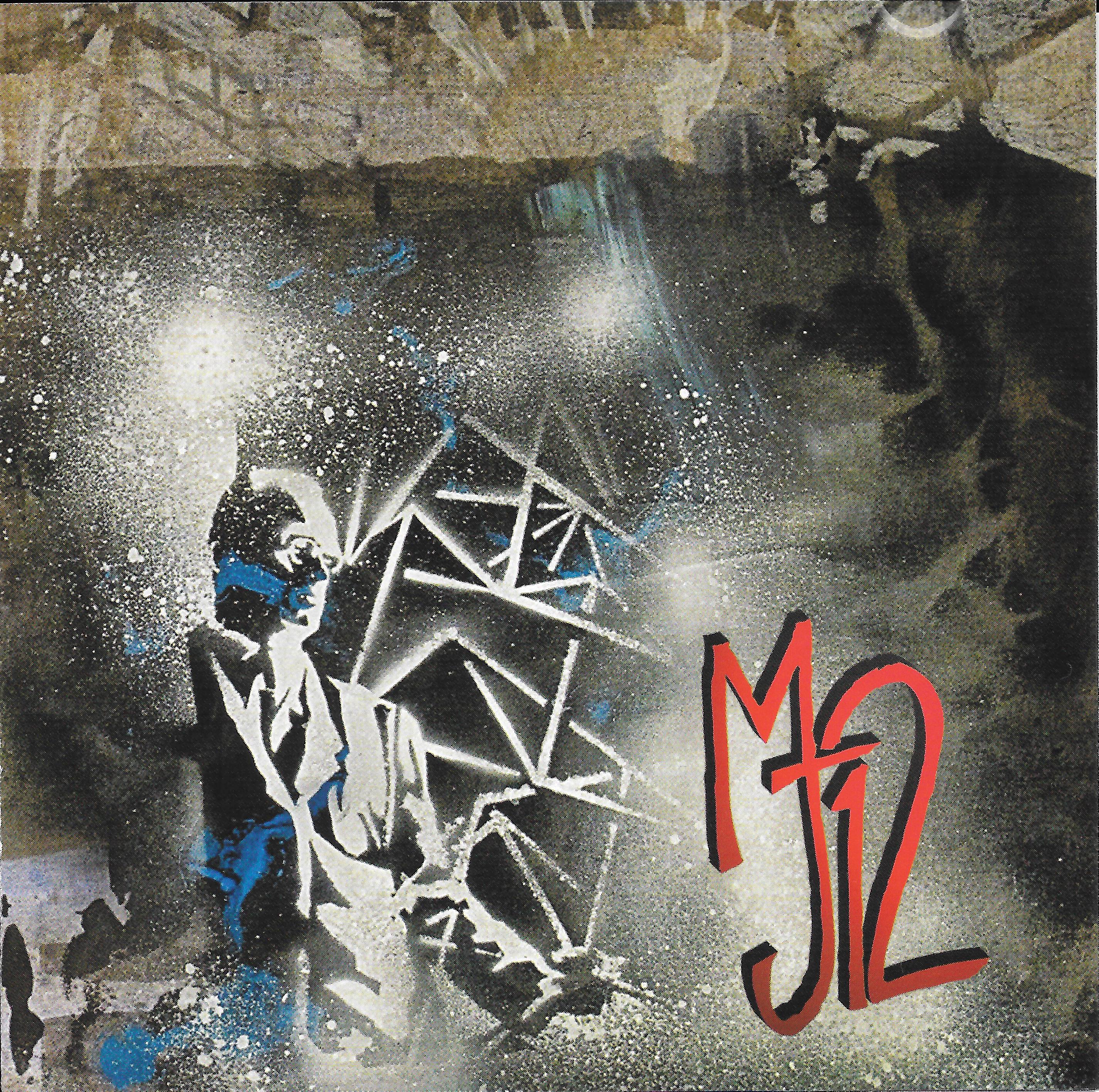 The 4 man ensemble that makes up MJ12, are all seasoned professionals, and as a group, been playing together for some time now. A little experimentation at first with the drums and bass remaining constant, and others coming in and out of the fold. A good time, I assume was had by all, but still, the bassist and drummer had their favorites. Two guys, and when all was aligned just right, the quartet was formed. Next came music, written to fit their style, and for two whole days in the summer of 2015, at Shelter Island Studios in Manhattan, the foursome banged out the nine tracks that makeup MJ12’s debut album.

For those wondering about the name of MJ12, I’ll let bassist Percy Jones explain; “We took the name of Majestik 12, which was supposedly a group of 12 scientists and engineers assembled in the late 1940s to investigate unidentified flying objects.”

Then Mr. Jones goes on about there being an ongoing debate as to if the group actually existed or not. True or not, what a cool ID for a band. Their music, a combination of jazz/fusion/progressive rock. All instrumental, with catchy song titles like, ‘Guns And Pussy.’ A pretty solid track by the way. All about weapons and felines (insert smiley face).

So I mentioned the incredible bass player, Percy Jones. From Brand X fame. For the first time in years, Brand X is getting ready to go back on the road. I’ll supply a link to a website at the end of the story so one can find out details about that. But don’t stop reading this yet. For MJ12 is a quartet with three other musicians, who are all as equally talented as the legendary bassist. If I may introduce; Stephen Moses (drummer/trombonist), Dave Phelps (guitarist), and rounding out the band, a man who played in some of the best jazz bands ever assembled on the Earth, saxophonist Chris Bacas. And that, ladies and gentlemen, is MJ12.

Starts off hot right off the bat with a number called; Call 911. You hear Percy and Stephen right away. An almost eight minute track. In parts, David’s guitar smokes. If I was going to compare his playing to someone’s, just to give you, the reader a good indication as to what I was hearing, it be King Crimson’s Robert Fripp. The man’s certainly no slacker. Equally strong contributions throughout the whole disc. As are Stephen Moses. A drummer whose worth finding out more about.

Icing on the cake is Chris’ saxophone. Gives the music a different sound altogether in contrast to having a keyboardist, in which some of these fusion line-ups have, that I also dig as a rule. Moving onto other tracks, Chris’ playing also adds in my opinion an avant-garde feel. Keeps things fresh, and not typical.

The longest track is next; Talk Time. Just over nine minutes. On the proggy side. Kind of has a sci-fi movie score feel to it.

The rest of the CD is a mixture of compositions with each one having a place for each member to stand out, and to also emphasize the fact that MJ12 is a group that’s on top of their game. Includes the aforementioned Firearms And Vagina … oh wait … my bad … Guns And Pussy. Original compositions. All group composed except ‘Talk Time’ which was written by saxophone extraordinaire; Chris Bacas.

Using the five star rating system in which one star means it’s bargain bin material, to five stars which means it’s a serious must have, I rate MJ12’s debut studio release … 5 stars! A fusion lover’s delight! It’s a very well done / good sounding instrumental record. Speaking of, it reads along with the credits; “Note: No compression was applied to this recording, so don’t be afraid to crank it up.” For followers of this type of music, you can’t lose.

Care to make a small donation?

Money…it’s how we keep things, going forward. So I hope that you don’t mind me passing the basket. A, freelance writer, now-a-days is akin to a: starving artist. Yet, I’m blessed. Still, us writers need money too. Got to pay the bills…on time. Please take comfort in knowing that any and all cash donations collected will go towards paying the bills; rent, internet, cell phone, website costs, coffee, various juices, pizza, munchies, and whatever other costs that are associated with this creative side of my personality. No matter how small, any contribution is more than welcome, and always very much appreciated.