Intro: Classic Rock Radio (UK) welcomes American multi-instrumentalist/singer/composer; Neal Morse. A co-founder/past member of Spock’s Beard. A current member of progressive rock groups Transatlantic, and Flying Colors. Has a successful solo career, in which Neal launched over a decade ago, a part of which consists of; The Neal Morse Band. The year 2015 gave us a new studio album written by all five members called; The Neal Morse Band – The Grand Experiment. Was followed up by a successful tour. Now in 2016, stemming from that, a brand new 2 CD / DVD which includes a ‘making of documentary’ and the band in concert (same as audio). Also available on Blu-ray. Released by Radiant Records; The Neal Morse Band – Alive Again. It is our pleasure here at Classic Rock Radio (UK) to be able to ask Mr. Morse, some questions about this release, and of course, while at it, some inquires about himself. Let us begin.

Classic Rock Radio: The one hour and three minute long documentary, ‘Inside The Neal Morse Band 2015 Alive Again Tour’, covered roughly a five month time span. From a two day rehearsal with the band in Tennessee to the end of the tour overseas. A brilliant fly on the wall look at what that was all like. One thing it didn’t address, was the creation of the set list. Now we’re told how your solo spot would change from one show to the next, with even the rest of the band members not knowing what you were going to perform each evening. The rest of the show seemed to be set in stone. Taking into account that you’re touring the group’s latest studio recording, The Grand Experiment (2015), so a given that some of those tracks get played, how did the rest of the song selections that made up the set list, come about?

Neal Morse: We kicked it around a lot, Mike always has a lot to do with the set lists. But, as I recall, on that tour we kept changing the encore slightly. But we couldn’t vary it that much as we had only learned so much material. But, I would say, as far as the set list goes, it was a band decision with Mike at the helm. As for my little solo acoustic spot, I really enjoyed changing that up every night. Some nights I didn’t know all the words, but it was still cool. It’s fun to be spontaneous you know?

Classic Rock Radio: Speaking of the set list, one song, ‘Harm’s Way’, was included from your time with the bearded ones; Spock’s Beard. Played flawlessly by The Neal Morse Band, as a matter of fact. Six Spock’s Beard studio albums to pick from, that you were involved with. It must have been difficult at best to select just one Spock’s Beard number, if that’s what was originally intended. Now keep in mind that I’m happy with your choice, so it isn’t like I’m complaining any. Why Harm’s Way?

Neal Morse: You’re right. We thought about a lot of different Spock’s songs to do. Someone suggested that one and I went with it because I can really feel that one right now for some reason. Some songs you really connect to at different times of your life, and that one I really felt connected to on the tour.

Classic Rock Radio: Do you think in future tours we might get to see The Neal Morse Band incorporate any Transatlantic, Flying Colors, or even a Dream Theater song into the show? Either answer, yes or no, could you please elaborate why?

Neal Morse: Sure! I’m sure we’ve done some Transatlantic before. At least “We All Need Some Light “and “Stranger In Your Soul”, but I can see us doing some of those songs. The reason why is because we all really love the music, and it’s nice to do some things that surprise the audience sometimes, and not just do your latest album. We always like to mix it up a little bit and I think the audience does too.

Classic Rock Radio: Speaking of Dream Theater, for those readers who are not aware of the story, how did you meet up with their ex-drummer Mike Portnoy, and how did it come about you two working together?

Neal Morse: Somewhere around ’97 or ’98, Mike called me on the phone. We had a mutual friend that gave him my phone number, and we had a very nice chat. I was really grateful because at that time he was saying such marvelous things about SB, I mean, he was just glowing about us in some of his interviews, so the first part of our conversation was me telling him how thankful I was that he was doing that for us! And then he mentioned that he was thinking about doing a side project with me and Jim from Fates Warning. Jim wasn’t available, and so I suggested Roine Stolt from the Flower Kings, and Mike brought in Pete from Marillion, and so Transatlantic was born. Since then Mike and I have made more than 20 albums together. Crazy, huh?

Classic Rock Radio: Hard to tell by just listening to the two audio CD’s that help make up The Neal Morse Band – Alive Again product. Yet another bonus of watching the DVD is witnessing your band do something I first saw done by progressive rock legends Jethro Tull, on their Songs From The Wood Tour. This would be the trading up of each other’s instruments. With y’all being skilled multi-instrumentalists, perhaps easy to do. For the audience, many fun moments. How did the idea come about to incorporate this bit into the show?

Neal Morse: Well, I knew right from the beginning that Eric and Bill were crazy good multi instrumentalists because when they auditioned on YouTube they sent in multiple audition tapes on different instruments. It was crazy! Plus they both sing great! Anyway, I always wanted them to show people all the ridiculous stuff that they can do, and Randy as well, while Mike goes to bass and me to the drums. Lots of fun! We call it the “switcheroo”. 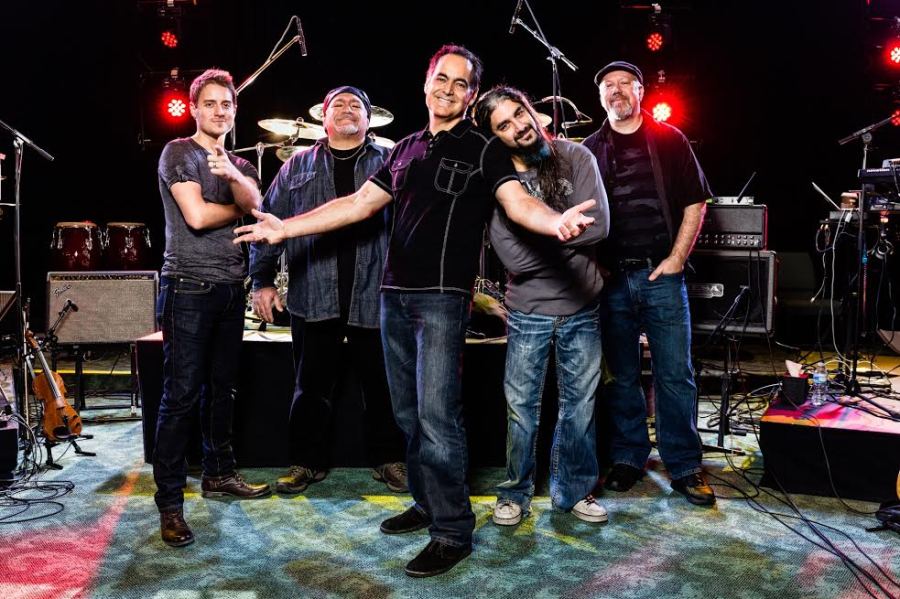 Classic Rock Radio: Seeing the certain hardships one might encounter from touring by watching the documentary that is accompanied with The Neal Morse Band – Alive Again DVD / Blu-ray, can one say the recording process is understandably better than hitting the road supporting the album? Also, in the documentary, and I also just read a new interview with Ringo Starr where he pretty much said the same thing, that the hassles of traveling are all worth it, just for the performance. Besides being exhausted, how do you feel at the end of the night after the gig is over? Also, are you heavy into self evaluation?

Neal Morse: Of course, it depends on the show. But, generally I feel pretty good after our gigs. Sometimes it’s just an amazing experience! When the spirit and the music touches just right, there is nothing like it! And other times you feel like maybe you missed it a little. But I try not to do too much self-evaluation. Because, many times you’ll find out later, at a gig you thought didn’t go so well, that someone’s life was changed! So, you just gotta flow with it as best you can, and be glad you can do it all!

Classic Rock Radio: One more question from watching the ‘Alive Again’ DVD. When the camera’s turn to the audience, it’s hard not to notice many of them with cell phones in hand. What’s your opinion on the subject? Are you okay with fans taking pictures / recording audio / video while watching the show on their cell phone screen, or would you personally prefer they turn them off, and experience the concert without them?

Neal Morse: Personally, being someone who films a lot of stuff himself, I don’t really mind. I think it’s just the way things are now anyway. Actually, it was years ago now, but someone on a comedy website. It said something like “wrestling battle of the Prog all stars” and it said “here comes Neal Morse, weighing in at 300 pounds. 180 pounds of his natural weight, and 120 pounds of camera and recording equipment he has strapped to his body to film and sell it later on his website!” Haha! So, far be it from me to give anyone a hard time about filming things! God bless you all.

Closing: On behalf of Classic Rock Radio and myself, we’d like to thank you Neal for the time answering our questions, and we wish you much continued success in whatever the future holds.