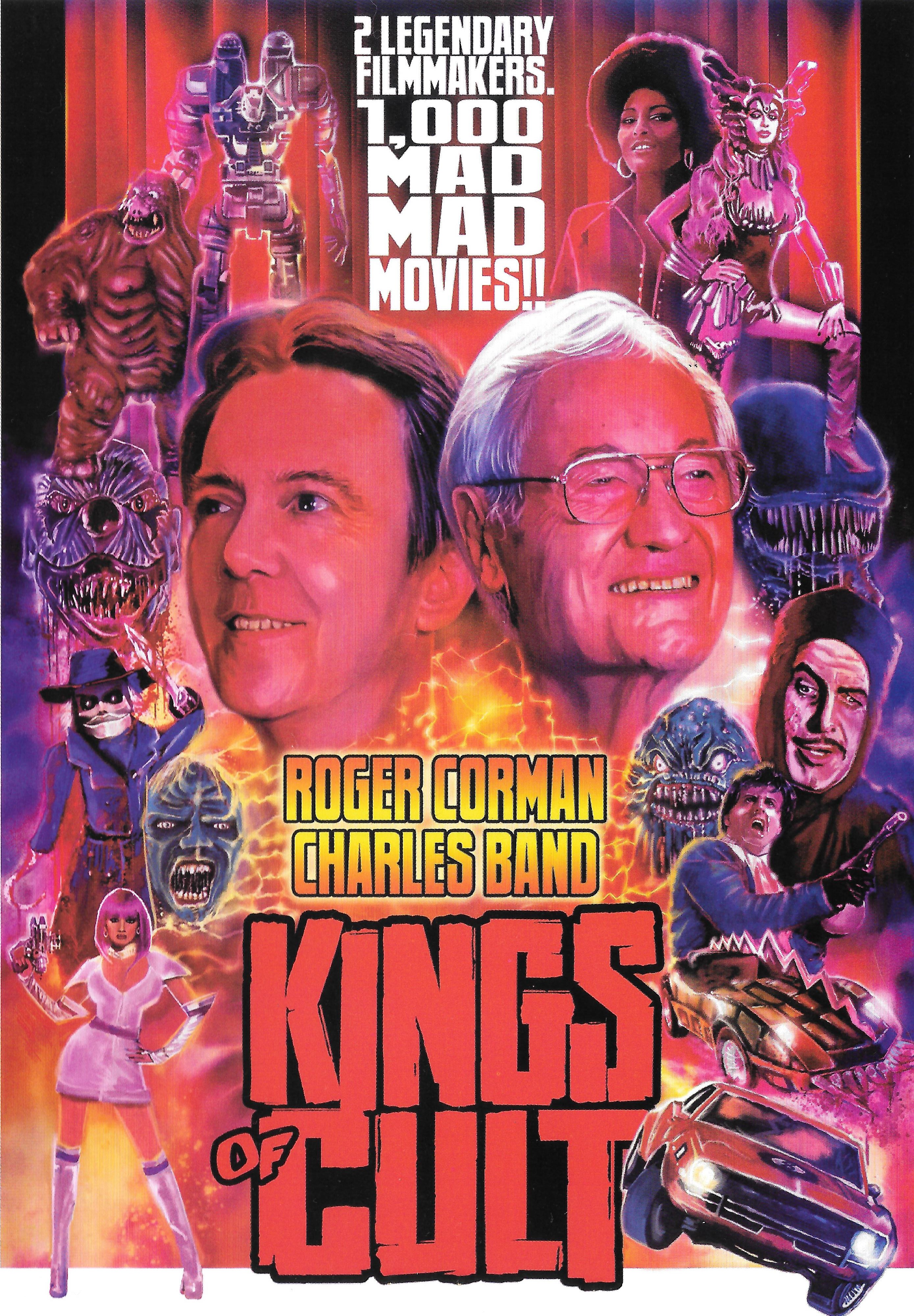 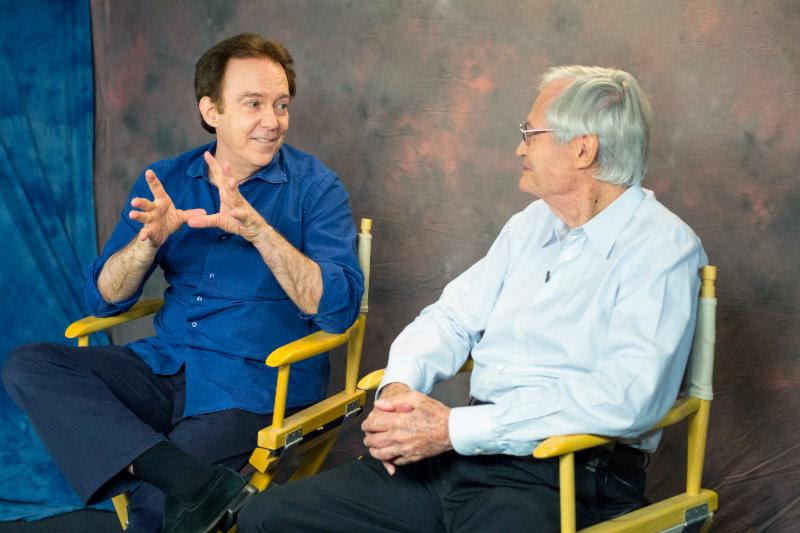 Last September I remember being pretty excited to find out about a new documentary that focused on movie makers, Roger Corman, and Charles Band. Each having extraordinary careers, both of whom I’ve been following for decades now. Independent film legends. Between the two, their names are on a thousand or more … wait … let me correct that … hundreds of movies. The promo for this documentary states a “thousand mad mad movies”, but according to the International Movie Data base (IMDb) website, here’s their current score:

Charles Band: Producer (270) / Director (50) … and he hates acting. Is more comfortable behind the scenes than in front of the camera.

Now, Mr. Corman who is now ninety years old, is just a few months shy of being twenty five years older than Mr. Band, so that gives him a somewhat advantage. Story goes Charles Band, whose father, Albert Band, was also a filmmaker, grew up watching many of Roger Corman’s films. Has always admired / looked up to the filmmakers’ work. And it shows in this documentary. From here the two ‘Kings Of Cult’, answer questions about their experience in the motion picture business. A lot of these, B horror flicks, which is what caught my attention. But check it out, Mister Corman done some outstanding action / dramas / comedies as well. Here’s just a few titles (including horror):

And just so we’re on the same page , a few personal favorites of mine that Charles Band had a hand in:

Before making it’s way to DVD, ‘Kings Of Cult’ debuted, having an exclusive showing on Charles Band’s Full Moon Streaming (Dot Com). An Internet channel that for only around six bucks a month (current price), one can have access to a countless number of not only films Charles Band is associated with, but a ton of other B horror movie / sci-fi movie entertainment. A Netflix kind of service for the more freakier side of cinema. Full of the weird titles you use to be able to rent when the DVD / VHS rental business was still flourishing.

I got to see ‘Kings Of Cult’ by participating in a Fourth of July sale Charles Band Full Moon Direct (Dot Com) website was having just weeks ago. With every purchase they were giving away the documentary. Living in the mountains nowadays, trying to survive being separated / divorce proceedings, the Internet here is spotty at best. Doing any streaming service would kill the allotment of gigabytes I get monthly, in the matter of a few hours. So old school me is still doing DVD’s / Blu-rays. Even if I had the wireless Internet AT&T offered back when I was in Katy Texas, I really much prefer the physical discs. I think it’s cool still maintaining a movie collection. One can not only see the titles, but touch and feel the case they come in. So I ordered the last Evil Bong installment; Evil Bong: High 5, and got the ‘Kings Of Cult’ DVD for free. Pretty cool really. Let’s see Amazon (Dot Com) do that.

The ‘King Of Cult’ documentary besides showing a few quick clips from the two filmmakers hundreds and hundreds of movie credits, is mostly just a filming of Roger and Charles sitting in director chairs, being asked questions about various topics associated with what they are best known for. The interviewer (Jim Kunz), maintaining a casual off camera approach, does a very good job at bringing the viewer from the beginning of each man’s appreciation of movies, all the way up to what projects they were currently up to when this documentary was filmed (2015). If a fan like myself of these two, an hour long session of one interesting story after another. Examples would be:

Charles Band reveals that Marilyn Monroe was his babysitter one evening. And how he grew up in Italy while his father labored at making motion pictures. His successes and failures following in his dad’s footsteps. And one of my favorite stories. How himself and a pothead friend came up with the promotional campaign for Ghoulies; “They’ll get you in the end.” 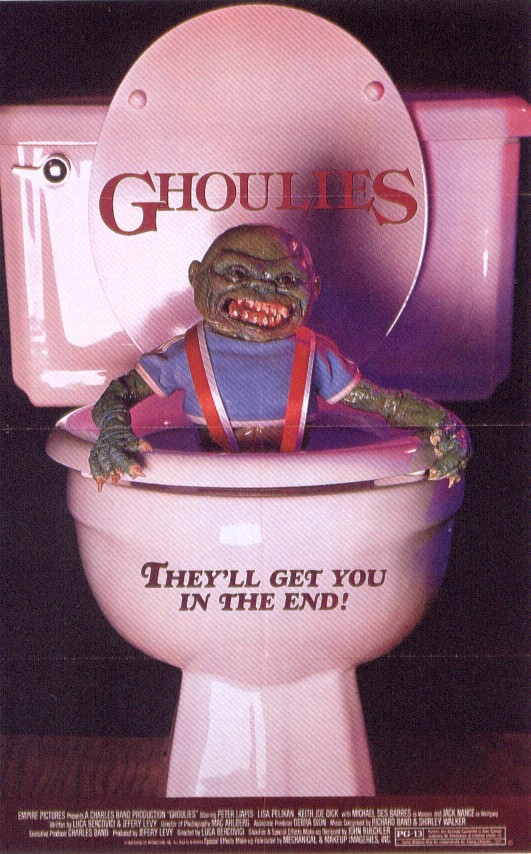 Roger Corman talks about getting his start, being a writer, the 1960’s, all the fabulous actors he’s worked with over the years, up to his association with the SYFY channel, and what was then his latest movie for them; Sharktopus Vs. Whalewolf (2015).

Using the same ten star rating system that the IMDb website uses, whereas one star means it’s too horrible to watch, to ten stars which means it’s worthy of not only your disposable money, but your free time as well, I rate the Full Moon Features documentary Roger Corman_Charles Band – Kings Of Cult … 10 stars! Again, I’ve been a ‘devoted’ fan of these two for a long time now. Sure, not every movie they participated in was box office gold, but many of them just downright entertained the hell out of me. This documentary made an hour fly right by, and while glued to the widescreen, I forgot all about my personal life going to shit. For that I’m grateful. Thanks Full Moon Direct (Dot Com) for the freebie.

OH, regarding the count which I addressed in the first paragraph. I can’t say for sure if the IMDb website statistics is one hundred accurate regarding how many individual movie titles these two gentlemen was responsible for since the both of them started out being involved with motion pictures. Even if not officially adding up to a thousand, I can safely say that if they included all the movies that were made that these two film geniuses inspired, that the count would be in the THOUSANDS. I offer thanks to both Roger Corman and Charles Band, for the world would be a much duller place without the celluloid art in which they both helped cheaply create.