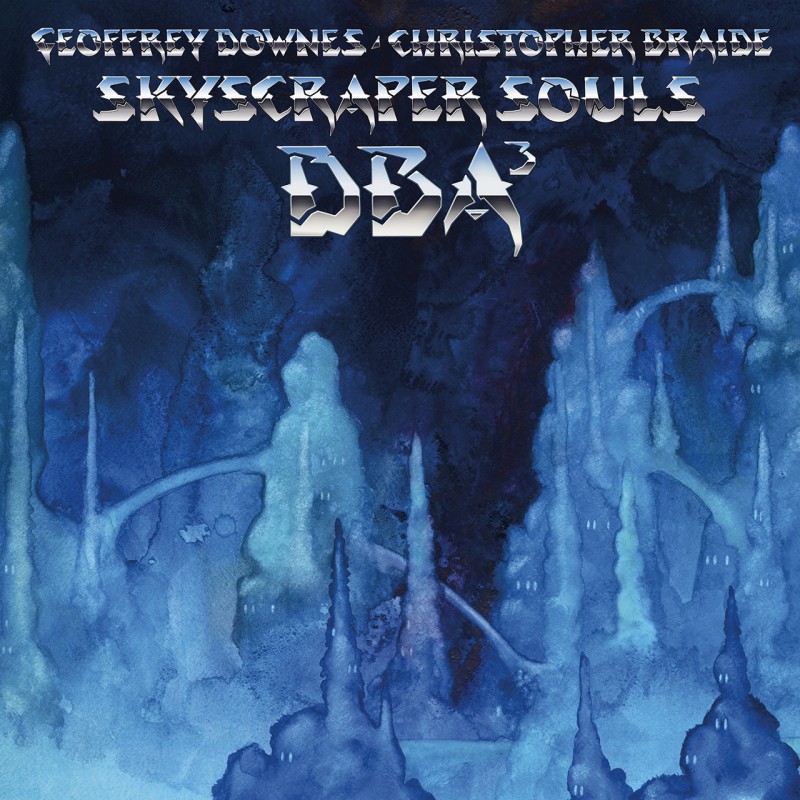 On first listen, I wasn’t immediately drawn in. Neither was a good friend of mine. My advice to him was to not forget our ‘play twice rule’. It was agreed upon over twenty fives ago between the two of us that if we listened to something twice and hated it … that we would move onto the next musical offering. My buddy, KDiddy, a brother from another mother, always seemed to have a bigger musical palette then I did. Our taste in music is similar but at the same time, different. For over a quarter century now, we have been turning each other on to each other’s music collection. Between us both, we could seriously set a playlist for a 24/7 radio station. Would be second to the best classic rock station already on the PLANET; Classic Rock Radio (UK).

So it ends up when playing DBA 3, that I got past the ‘play twice rule’ easily. Every listen thereafter helping me conclude that this newest studio release from Geoffrey Downes/Christopher Braide … exceeds anything I would ever hope for in a modern-day progressive rock album. Not that I completely gave up hope on such a thing.

Was shocked when the CD started. Vocals at the very beginning. The more you listen, the more the eardrums respond. The brain awakens. Something exciting is about to happen. And it does! Track one entitled ‘Prelude’ will also help give this nine-track album, a very nice outro. Lead vocals by Christopher Braide. I was told by the sweetest lady here in Fort Collins that Chris’ singing really stood out. That he had a nice tone. She’s a musician herself. Peer to peer evaluation. I will tell folks that Chris’ vocals are pleasant to these ears. So many kings of keyboards worked with singers whose performances make a person want to spew. I actually own a lot of Geoff’s music catalog. The man has done better than most celebrated piano/keys players regarding vocalists; Asia – RIP John Wetton.

It’s track two, the title track, Skyscraper Souls, that is totally mind blowing. Clocks in at around 18 minutes. Totally seamless. And this is where the word ‘masterpiece’ comes in. Accompanied by complimenting backing vocalist. Intelligent lyrics akin to the kind of poetry one reads under a tree, escaping the everyday pressures of being an adult. Amazes me each and every time I give it a spin. All nine songs contain lyrics worthy of paying attention to. Adult musings/observations. I try to sing along, but when I do the dogs in the hood gather, and then start vocalizing loudly in my general direction. Widdled it down to it now being a sing-along, or a request from the entire pack to get me to stop.

Typically when playing music, I listen to an album, from start to finish. No skipping around like it’s a greatest hits offering. I recommend those interested, to do the same … DBA 3 Skyscraper Souls. Rewards are plentiful. A wonderful array of professional musicians are included to help complete the nine compositions. Three core players: Ash Soan (drums_percussion), Andy Hodge (bass), and Dave Colquhoun (lead guitar). Andy Partridge (multi-instrumentalist_singer) is on four tracks. Various talented background singers; Matthew Koma_Tim Bowness. Guitarist Patrick Howley guests on; Angel On My Shoulder. Throw in the flute (David Longdon), a trumpet (Matt  Bourne Jones) and a cool guy doing narrative: Barney Ashton Bullock. All tracks are written and produced by; Geoffrey Downes and Christopher Braide. For myself … what’s not to like? Awashed with reminders of the 1980’s; The Police, Toto, and a group called; The Buggles. Remember them? Not a hard rock offering by any means. There are upbeats moments where you can wiggle your bum while under the DBA 3 influence.

Using a one to five-star rating system whereas one star would mean it’s not even worth a free download, to five stars … the best of the best. “Uncle G” gives DBA 3 – Skyscraper Souls … 5 STARS! I played this on hundred dollar headphones … wow! Could only imagine what DBA 3 would sound like on … two hundred dollar headphones! Maybe one day the opportunity will present itself?