After the initial cannabis taste, the gummy candy starts rapidly getting better. If a fruity candy lover like myself, a delicious ‘sour green apple’ gummy ring that reminded me of those mall candy shops back in the 1980s. The candy you would buy in measurements of weight, or cost, always tasted like they were freshly made. Same thing here with Perrywinkles ‘How do you like them apples? Sour Green Apple Gummies.’ Except these are cannabis-infused. Way different ballgame. Ten in a package. Each green apple gummy ring containing 10 mg THC. This means; do not eat the whole package at once! Covered in sugary goodness that as luck would have it, an excess found at the bottom of the bag, after that last ring was consumed…was a bonus in itself. A feeling of self-content flowed freely as I made it all disappear (in my belly).

Right off the bat, I want to make myself, perfectly clear. After doing some research, I found out that the edible company Perrywinkles prides itself on not having its customers, taste what cannabis really tastes like. The ‘initial cannabis taste’ I previously mentioned, my opening line, lasts but a mere few seconds. So Perrywinkles, having Italian heritage, prides itself on its culinary cannabis-infused creations. One can tell all this by reading their advertising. I’ve been in and around sales since the 1960s. Picked up a few things. Wise to go with your strong suit.

I had cannabis edibles previously that would almost make me gag, consuming them. They were that horrible tasting. No…get the taste of dirty ass out of your mind. Let’s not go there. Serious Mother Earth taste. Next time outside, bend down, grab a handful of topsoil and…don’t do that. Take my word for it. As recently as five years ago, when living right outside the 4th largest city in America: Houston Texas. Stayed in and around the Lone Star state, for nearly 3 decades. Both as an adult and a child when I briefly lived in Brownsville. Big state! All that time there and I didn’t visit every place I wanted to. Lived, for the most part, a blue-collar existence, while there. Means I labored at one job if not more, 51 weeks of the year. Did various activities to make a living. I get bored easily. Some interesting. Ran a gambling school in Houston where it’s illegal to gamble; poker, blackjack, etc..Organized school labor workers for the ACLU until a car accident forced me to resign. That’s all a long time ago.

Back in 2014, when living in Texas, I would buy edibles in dive bars. Illegal then. Illegal now. Usually, only one kind offered. Pot luck (literally). Take it or get nothing. The tale would usually go how they were made in someone’s kitchen. A stoner type Betty Crocker. As a consumer, knowing this never made me feel safe. A lot of trust issues come into play here. Example; three out of five people in America, according to various colleges located in the United States, almost yearly conclude after visiting grocery stores and inspecting shopping cart handles thoroughly, that 3 out of 5 people who use the carts while there (include kids) don’t wash their hands after eliminating waste. And they are not referring to people doing this simple hygiene procedure (20 seconds) after taking out the household trash. That’s nice and some would dare say, necessary as well. The purpose is it kills germs. The same germs that could enter your body, and kill you. Nowadays, in states where cannabis is legal, either for medical, recreational reasons, or both, edibles are made under tight rules and regulations. People must wear clean, disposable gloves. Certain information has to be included on the outside of child-proof packaging. That’s not all of it, if having the desire to have your products sold, above board (legally). What are the cons, you ask? One answer; over-taxation. The black market will forever be on legalizations back; greed. Patients and potheads can fix this, by getting active; speaking out and voicing their concerns. And be extra careful when a politician’s excuse for creating new or additional taxes: “…is for the children.” Really? Your average taxpaying individual realizes that if it takes a village to raise your offspring, maybe you should have not procreated in the first place.

The wonderful cannabis-infused candy that Chef Perry makes, is intended for people of legal age, who even as grown ups now, enjoy sweets. By reading his bio, and after having eaten a whole bag of his cannabis edibles – How do you like them apples? Sour Green Apple Gummies – I conclude that this culinary wizard, Chef Perry, is one of many a taste buds’ best friend.

I’m not on the side of the argument that a gummy candy containing THC, any gummy candy, that is mass marketed for public consumption that even remotely resembles any visual/object that might catch the eye of someone under the age of 21, should cease to exist. Candies shaped like animals, or characters from a favorite adult cartoon; Rick & Morty. And on a side note, everyone who smokes cannabis should already be aware of this Adult Swim cable Tv program. I presently catch Rick & Morty on Hulu. Seventy new ones on the way! One episode involving Kayne West. He donated time performing for Hurricane Sandy victims, years ago. Left an impression with me. I grew up on the Jersey shore. I hope it’s FUNtastic! Even if that episode blows chunks of intergalactic garbage all over a neighboring galaxy, I have ‘high hopes’ for the other 69 (insert oral sex joke). I grew up loving animation. Companies like Disney, Warner Brothers, or Hanna Barbera. I’m a BIG Roadrunner fan. Anyone surprised?

Is it the manufacturer’s fault that a twelve-year-old, found his parents stash of THC edibles, all looking like Wile E Coyote, and ate 5 times the recommended dosage? Would the same young person still have consumed them if looking like an average, ordinary, manufactured pill? I ask questions like this because I get paid, per word (only kidding). Because sometimes I’m an asshole? I believe in this story, it’s the parent’s fault (not the naturally quizzitive youngin’). The popular cartoon character isn’t possessed and verbally communicating so to do its will.

Based on the information we have so far collected on the topic, us Homo sapiens, be it of whatever age, make choices. I took a hit off a wine bottle at age seven, several times. When no one was looking. Before cameras were literally all over the fucking place. Obviously not wise. Seven years old, my brain was full of mush. Besides, I’ve seen my parents and priests do it. Not drink out of the bottle. My Mom would. A child who is taught at the right age by the parents (when they feel comfortable doing so) should be able to be surrounded by a sea of cannabis and be educated enough to know, it’s not their time. Hands off! Maybe afraid of being disciplined? That first decade of life, no one enjoys being slapped hard on the bare ass, repeatedly until red. It’s after that usually, and not with one’s parents when an activity such as that, starts getting exciting.

Age 21 is usually the law of the land, to enter/buy legal cannabis. Doctors say it takes on the average of 3 decades for us humans to mature. Before age 18, I tend to question. Saying that I smoked/inhaled at age 12. My actions showed clearly that in many respects that I didn’t give a shit about myself. Parents dead at age 11, with no real supervision to follow. Foster homes and kiddie prisons. A lot of hard lessons between then and when things actually started to get better. Like the late Doris Day would sing; Que Sera Sera. No child needs to grow up like that, in today’s, United States. Besides, 21 years go by fast. I’m working on my third time doing so.

On three different nights, starting at around 6 PM (PST) I started eating Perrywinkles ‘How do you like them apples? Sour Green Apple Gummies.’ The bag suggests eating one at a time and waiting 30 minutes until you consume another. “You decide”, it reads after that. Meaning if to do more. Ten mg of THC is a lot to a person who doesn’t already have a high tolerance. Two nights I ended up doing three sour apple rings, covered in sugar, for two nights, and having felt graduated, four the last night. Was sad for a second holding the biodegradable looking empty bag.

On April 20, 2018, I drank a 100 mg bottle of some kind of cannabis soft drink, all at once, and ended up on my cell phone talking to a female lady friend of mine, for several hours. No freaking out or anything bad. Man, was I was fucking high! Really, even for me, that was too much. Know your limit is the best advice anyone can give you, considering cannabis edibles. Try to become an expert in what it is you are interested in buying.

On the Perrywinkle bag certain words jump out; THC alcohol-based extract – medical cannabis. When really feeling the full effect, about 2 hours into it, I felt relaxed. Chilled but not wasted. Watched Netflix and Hulu. Did a food order via GrubHub. Ten dollars off your first order (on the day I did this). Pizza From Marco’s worked for me! I stayed home all three times under Chef Perry’s spell. I downloaded one evening the new NASA app; NASA Selfies. I did silly shit while making myself laugh. Aches and pains while medicated were minimal. Doing this at night is different than during the day. I’m up in the wee hours. Results can vary. Personally, I can do around 60 mg of THC and feel comfortable. it’s been over a year since I did edibles, so I played the safe card when dosing. Worked out fine, all three times. 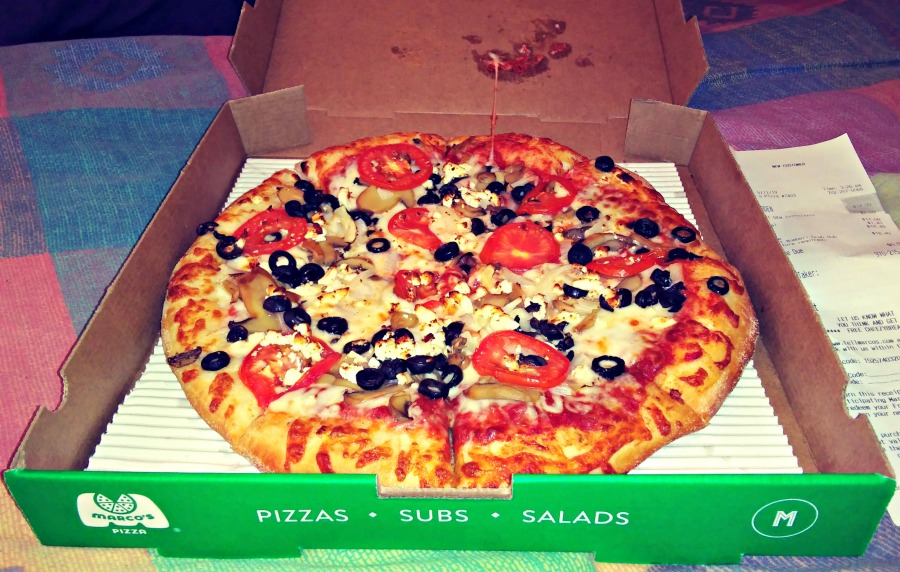 I, Gary “Uncle G” Brown, freelance writer, gladly recommend Perrywinkles: How do you like them apples? Sour Green Apple Gummies. Might as well check out the other products that Perrywinkel offers, as well. I poked around the website. Includes a CBD line, for those not into THC (for whatever reason; a choice). More about that in future write-ups.

In the meantime, from me to you…onward through the fog.