For those that are into the music of either man, news of this collaboration between the two should come as a pleasant surprise. At least it did for me. I’ve been aware of both, David Cross (violin) and Peter Banks (guitar) since a time called, the 1970’s. Back then the music they were a part of, was considered in certain circles; Art Rock. Poetry, visuals, and music together that when genius presented itself, would make millions of dollars for the players, and their respected recording labels. And so we’re finding out entering the 2020’s, the sounds that so many of us grew up on, ended up being so special, that it can live on, way past the ones who created it. Imagine if you will; Kiss 2.0 – 4 young, talented semi-good looking guys, playing the roles of the original players. The entire Kiss song catalog, at their disposal. Also capable of making new timeless classics. And playing together for the next, 50 years. Not that I’m rooting for that to happen. A scenario like that is, plausible.

Two other bands that can live on for several eternities, in my opinion, are Yes, and King Crimson. Both are from England and formed in the late, 1960s. Something else in common; top-notch musicianship, and showmanship. Back when they were coming up, it was the audiences that kept going to the concerts, and their word of mouth praise, that enabled Yes, and King Crimson to have the song catalogs they have today. Successful with both studio releases and the tour(s) that followed. Not all at times, mainstream approval. Enough spark to keep the fires lit, and keep the interest from fading out.

Peter Banks, passed away back in 2013. The guitar work that’s heard on Crossover, played by Mr. Banks, was recorded almost a decade ago. As was David Cross’s contribution. The improvisational session with Peter and David, the fruits of their labor, kept in a dark cool place until someone wise enough gave what was there, a listen. Then came the decision to carry on…finish the project. Released by, Cherry Red Records. The results are, fantastic. All songs were written by; Cross-Banks. Guest musicians were brought in, to finish the project. Players from both Yes, and King Crimson. The story goes that they were allowed to interpret what they heard from David and Peter, and proceed to add whatever as freely and creatively as they wanted to be. Produced by Tony Lowe, and one of the most talented violinists in present day recorded music, Mr. David Cross.

The new studio release and the last professionally recorded tracks with any original unreleased Peter Banks recordings contain eight solid, instrumentals. They range in length from the opening number which clocks in at a little over 9 minutes, to three tracks that come in at four minutes and something. Progressive Rock at its best; rock, jazz, soundscapes, sound effects… it’s all here. Right off the bat, the production is, outstanding. So it’s here that I have to say; “If purchasing, please listen to at least once, on a decent pair of headphones. It really does it justice. The sounds of Davids’s violin. Peters unique electric guitar playing. The guest players weaving in and out. A lot of beautiful sounding moments, scattered all throughout. David’s violin playing complements and helps bring out Peter’s improv playing, especially the quieter parts. And vice versa. And this is just one day, working together. Professional musicians, with different backgrounds. David would perhaps be the more disciplined one.

When I say, guest players, I’m referring to musicians who have history, with progressive rock champs, King Crimson, and or Yes. Here’s the list. Regarding, Crossover, all these guys worked on their respected parts, somewhat recently; 2018 – 2019. So not in the same room. Those who knew of or actually worked with Peter. You know, Peter told a story in his autobiography, about a fellow Yes band member, that had coitus with…Janice Joplin. If I’m not, mistaken. It’s been a while since I read the book, but if memory serves me well…one of these guys: 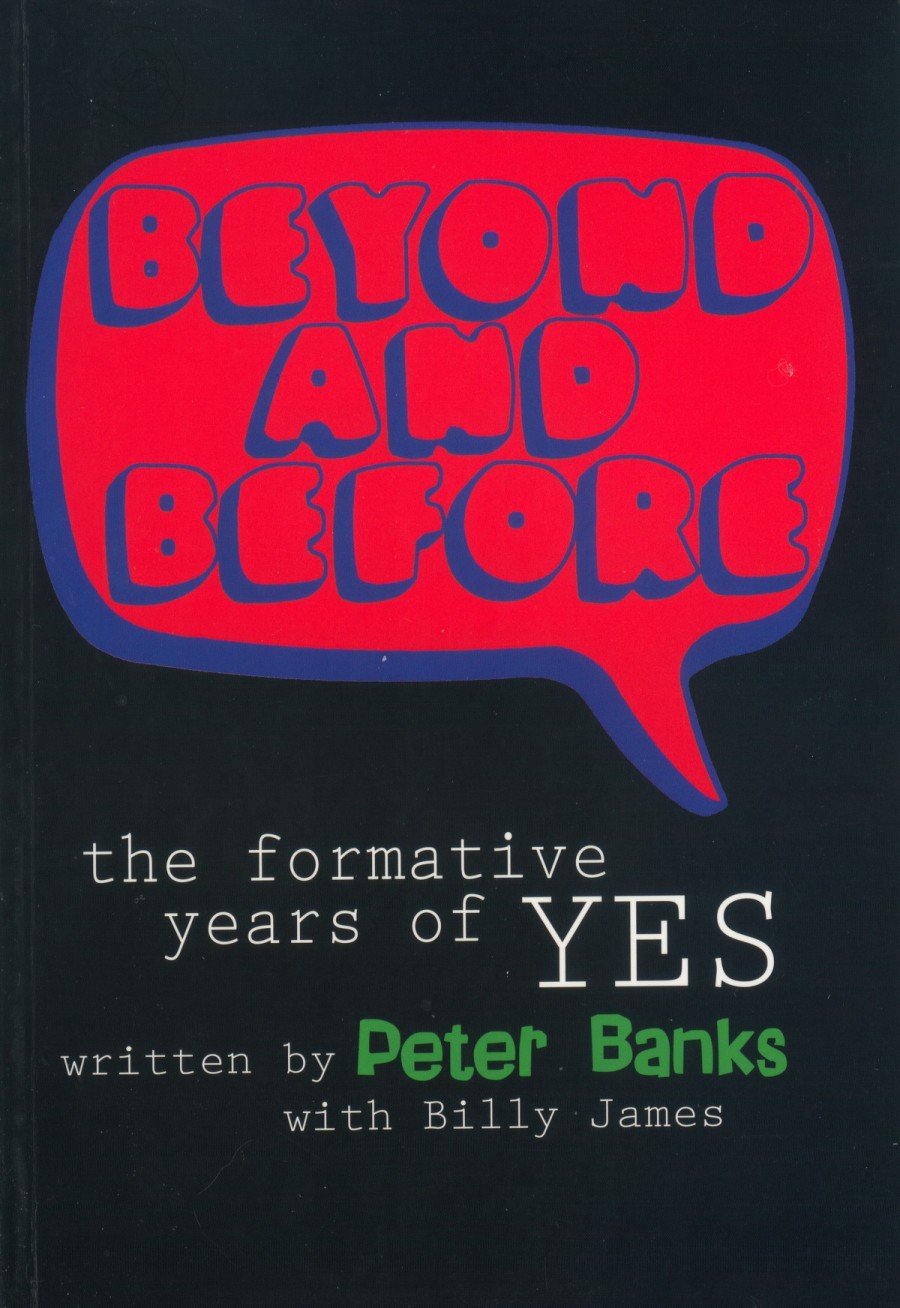 The rocker in me seriously digs, track 02 (Upshift). I love the sounds of, Tony Kaye, on his Hammond. Can you say, Yes? Billy Sherwood nailed his part, as did Jay Schellen, on drums. I was at a meet and greet with these two this past summer in, Las Vegas. Both were a pleasure to talk to. My first time being around, Jay. I’ve been enjoying his playing, since the 1990s; World Trade. Add to this song line-up, playing a variety of other keyboards; Oliver Wakeman. He shines not only on this track, but on all his other contributions, as well. A chip off the old block (forgive me_cliche_felt compelled_my kindest regards to the ‘Grumpy‘ one).

Track Six is entitled; Plasma Drive. It has a mellow beginning and then kicks in, intergrading with David’s out of this world, electric violin skills…holy shit! Again, Billy Sherwood on bass, Oliver Wakeman on keys, with King Crimson’s Pat Mastelotto. A power trio that carries David and Peter, across the field goal line. Score!

Playing the recording from start to finish in its entirety, track 7 (Laughing Strange) screams David and Peter. On drums and percussion, Jeremy Stacey. Worthy of decent headphones to focus on just how good, this man is. Tony Kaye on the Hammond again, is the icing on the cake. Again, David and Peter are the dominant sounds. Totally solid!

Title Track: Crossover. Seeing how Peter passed away and that this will be the last us (myself included) fans will hear of any original music from him, the mellowness of the track, produces for myself, thoughts of, ascension. I’m an old, altar boy. Could possibly explain that? Nevertheless, a fitting closure. And the CD artwork by, Michael Inn, is a wonderful visual to accompany. Nicely done!

This very well produced album/CD starts off with a nine-minute song called: Rock To A Hard Place. Here’s where headphones come in handy. Mr. Cross and Mr. Banks playing, of course, stand out. So much so, it makes one wish Peter was still around, just so these two could collaborate, more. Two other players on this superb opener, Geoff Downes (keys) and drummer/percussionist Jeremy Stacey. If not having a pair of headphones handy, just try to play the music on something that is capable of emitting what it is the producers, truly intended you to. And play through a cheap, cell phone? Whatever floats your boat.

Using a one to five star rating system, whereas one star means it sucks cat turds (avoid) to 5 stars in which means that all involved in the making, did a tremendous job. A solid production. Involves, great songwriting. And that the player’s performances are rememberable. The sounds heard are crisp. It’s mixed in a way that excites the listeners, ears. That it sounds like if you close your eyes, that the highly skilled musicians involved, are playing right in front of you. In a pub setting, because Peter would have liked that. This and the fact that I’m not writing a book here, most importantly, that it’s cool for us, the consumer, to spend our hard earned money on it.

Let’s get on with it. “Uncle G” RATES David Cross & Peter Banks – Crossover…5 Stars (all day long). And assuming we’re all adults here, Crossover, when played in its entirety, is great background music for when getting busy (wink wink). And if the 40 something minutes of skilled electric violin music accompanied by a guy on electric guitar who SHOULD have been (posthumous) inducted as an original member of Yes – you know, that place in Cleveland, isn’t enough time to successfully complete the task for all involved; simply start over. The rest of the gang involved would certainly appreciate it, I’m sure. And besides, who don’t like repeat plays?

To help me get in the mood, I take a little blue pill. NO, I didn’t. Numerous others, I did. If not for pharmaceuticals, I’d be dead. Along with most of my ‘boomer’ reading audience. While alive and while most of the body’s senses still work, I – Gary “Uncle G” Brown, recommend the following entire song catalogs, of both men. It’s okay to take out a second mortgage if needed. I personally have enough physical CDs containing both David and Peters music, that if stacked one on top of the other, in only a matter of time, would fall over causing damage and making a big mess. Most of those plastic fucking so-called ‘jewel cases’ would be cracked. It happened to me, before. A cat from out of nowhere walked by, rubbing on the stack. Which was odd because I didn’t own a cat.