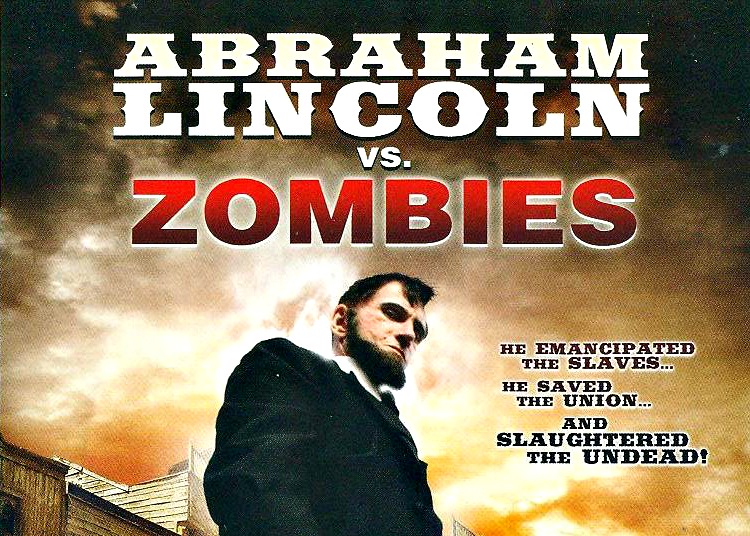 I’ll start by saying that I believe I’m incapable of giving this popcorn flick the fair advantage it deserves, to review it properly. Because of my previous experience, my judgment would be clouded. I already had preconceived notions. An idea as to what this film was about. That it wouldn’t be a new experience. Akin to viewing a re-make. One thing I dig is originality. Explains why I don’t get into re-makes that much.

A few months back I caught; Abraham Lincoln: Vampire Hunter. On the BIG screen, and in glorious 3D. Up until however many months ago, the idea of the sixteenth President acting anyway but what I heard growing up, was foreign to me. My wife being an avid reader of real books, explained to me the origin. She would see the stories on the book store shelves. “Was popular”, she explained. What she didn’t say was; with the younger crowd. Being a half a century old now, I’m not up anymore on all things the younger kids are getting into. Thing is, a big part of me, don’t care. I’m enjoying what I’m into now. Which includes B movies, of course.

I think that if I had not seen, Abraham Lincoln: Vampire Hunter, that I would have enjoyed Abraham Lincoln Vs. Zombies, more. The results, giving it a higher rating. So…I thought of that, and am taking all into account. What’s fair is fair.

Having WAY less money than BIG HOLLYWOOD, I think The Asylum did a pretty good job with this one. It’s of course a period piece. Cool reenactments of life back in that time. I didn’t notice any main goofs; An airplane that can be seen in the background. Overall, the film looked good. The zombie kills looked cool. I would have liked to have seen, more blood. I know it’s messy. Adds to the believability factor. Includes some decent characters. A good job with the acting. Considering this an indie B Film, I think Abraham Lincoln Vs. Zombies turned out pretty solid.

Could be because of previously viewing, and enjoying Abraham Lincoln: Vampire Hunter, that I found the Abraham Lincoln Vs. Zombies general pace to the film to be slower than I would have liked. Provided for moments of yawning. The killing scenes made up some but weren’t good enough to justify almost putting me to sleep in-between zombie scenes. The novelty of seeing Abe Lincoln, and even a young version of Theodore Roosevelt up to their necks in zombie-guts, wears off sooner than expected. Which then leaves the B flick at time gasping for air. See what could happen to a rating? Speaking of which….here we go.

Rating: One out of ten stars, I give it a solid; six. Without seeing ALVK, I think I would give it at least, seven stars. A few more points of what I would have thought to be something more original then what studios been putting out lately. At least it’s not a found footage film.

In return, I’ll give a kind ‘thanks’ and a mention in the story/stories covering my; NEXT BIG ROAD TRIP. To the east coast and back to fabulous Las Vegas. Donations will help finance the round trip. I’ll take photos. I am emptying a storage unit, and bringing the contents back to where I now call home; Nevada USA. And also visiting my parents graves, for what I am sure will be for a last time. I’m trying to save up $3,500 — I appreachiate any and all assistence in helping me achieve this nessesary ‘goal’.