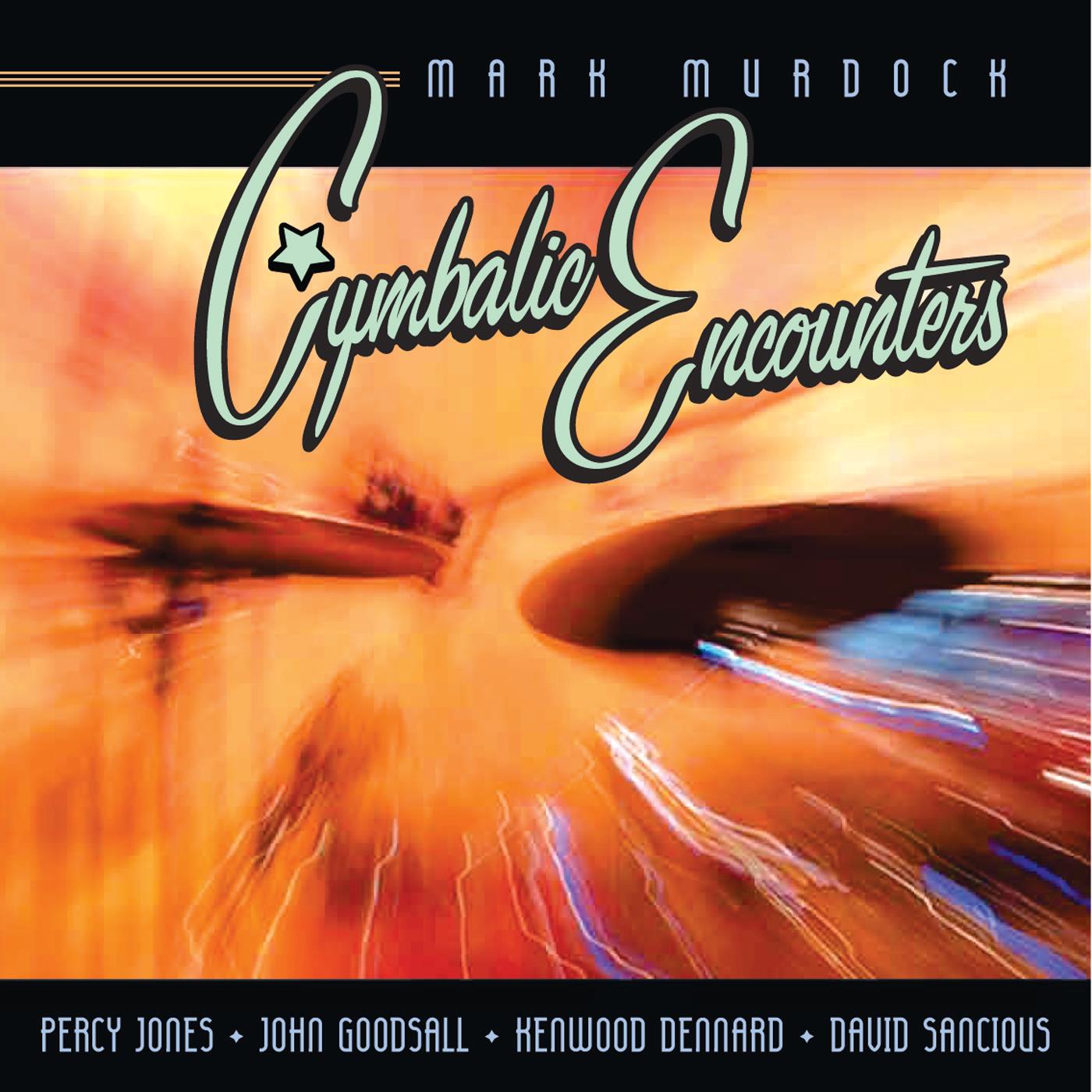 One of the great rewards of being a writer for Classic Rock Radio (UK) is I get excess to some extraordinary music that otherwise I’d probably be missing. It’s also helped me get reconnected with some folks that I lost touch with over the years. One example of something fantastic would be drummer Mark Murdock’s latest release: Cymbalic Encounters (2012).

When last I heard from him, Mark had shared a story or two with me about his days playing with Peter Banks that I used as part of a newsletter I was coordinating for Mr. Peter Banks at the time. Mark appeared on one of Pete’s three Empire albums; Mark III (released in 1997). Via the CRR UK news line, I found out Murdock had a new project that I was immediately interested in. I knew he was a skilled drummer and has always associated himself with high-caliber players. My experience is any project that he’s in is worth checking out.

Mark Murdock’s Cymbalic Encounters is a lot of things. One of those is a mini Brand X reunion. For readers unaware, or who fried one too many brain cells back in the day (it happens) the group was a leader in the jazz fusion department. The best musicians at the time, including a pretty well-known drummer by the name of Phil Collins, were in and out of the group. The jam band, as some described it, died down, resurrected, and went back into hiding again. Seek out their records. Great stuff !!! Joining Mr. Murdock on this new CD from that legendary group is Percy Jones (bass) and John Goodsall (guitar). In part, it explains why I have not stopped playing this CD since downloading it on CD Baby. Individual superb players in their own right and together with Murdock not only performing but taking writing credits as well – a killer ensemble. Also take note that another Brand X member, Kenwood Dennard plays on a song called; ‘Unauthorized Recording’. Add guest artists David Sancious and Ryo Okumotu (Spock’s Beard), with a few more highly well-trained musicians, and you have the perfect CD to end the new year. Would make a cool soundtrack for the year 2012 or any other year after that.

Mostly instrumental, the CD does have vocals in part. Well done throughout. The first impression was that it reminded me some of Joe Jackson (English musician) in its tone and delivery. Regarding singing, when presented poorly, bad vocals can kill an album for me. The vocals here are presented correctly, at times itself a musical instrument blended in with all other musical happenings. Even offering sound advice within its lyrical content.

What surprises me the most is that this is a drummer’s album. Don’t get me wrong, there have been many good ones over the decades. Where the drummer is the main player, including main vocals. But a lot of extremely horrible ones as well. If they don’t sing themselves, they get crappy singers. That for the most part is the reputation. A vocalist or guitarist comes out with a new project and the world can’t wait to hear what they came up with next. Not so much bass players and drummers. Generally speaking, that is. Of course, someone like Bill Bruford or Phil Collins could blow that statement away, but these guys are rare exceptions. Drummers are usually that – drummers. Not the star of the show. The backbone to a band…along with a good bass player. A Sir Paul McCartney, a John Entwistle, or a Chris Squire, doesn’t come along that often. This album and Mr. Percy Jones point the way towards those successful folks, Percy being successful himself with that crisp sound that makes your blood tingle. Guess what I’m saying is that it’s always cool to add to the list of those providing a steady beat as to who did a job well done. Cymbalic Encounters won’t fade away in a few months’ time, but instead be still building up a momentum that will spawn fan bases and large audiences wanting to see the magic that was captured on disc, live on the stage. And then hopefully something worthy of a follow-up project.

Counts on your own personal taste, but for me I found Cymbalic Encounters to be a really cool listening experience. The music on the CD is presented in many different; funk – prog – adult contemporary music – jazz fusion. Makes for an overall cool-sounding disc. Produced, mixed, and presented to where each tune sounds unique, yet compliments the previous song you just heard. Very nice behind-the-scenes work. I can definitely hear that as I played the Cymbalic Encounter in more than one environment and it sounded great being played on a home computer, a home stereo, or the sound system in the car.

The ‘Cymbalic’ M8s on guitar/bass:

Using the one to a five-star rating system, whereas one star means it sucks cold soggy noodles and should be avoided even if starving, to five-stars which means if it was a hotel, it would be a Hilton, “Uncle G” gives Mark Murdock – Cymbalic Encounters; 5 stars! Solid songwriting. Structured well. Extremely well-played hooks and melodies. Vocals are likable and blend in with the material plus compliments as they should. The sound of the instruments is true. The listener can enjoy the masterful work of each artist who contributed while at the same time keeping up with the group sound. Certain influences can be heard. The song ‘Meridian Fault Line’ sounds like Peter Banks a bit, which I really dig. Goodsall shines on here, as does Joe Burger who smokes on guitar finishing the piece. All songs stand out. The first song I gave repeated plays to was “The Manufactures.” Then the song “Kaiten Zushi” caught my ears. How could it not? From Spock’s Beard on Moog is Ryo Okumotu. From there track 13 caught my attention. David Sancious providing the keyboards on this one. The last offering, “Waters Of Marsh Harbour” my wife nicknamed ‘The Happy Song’. Impossible to listen to it without at least smiling by the time it’s done.

CD Baby (one of several places where u can purchase…no favoritism intended):