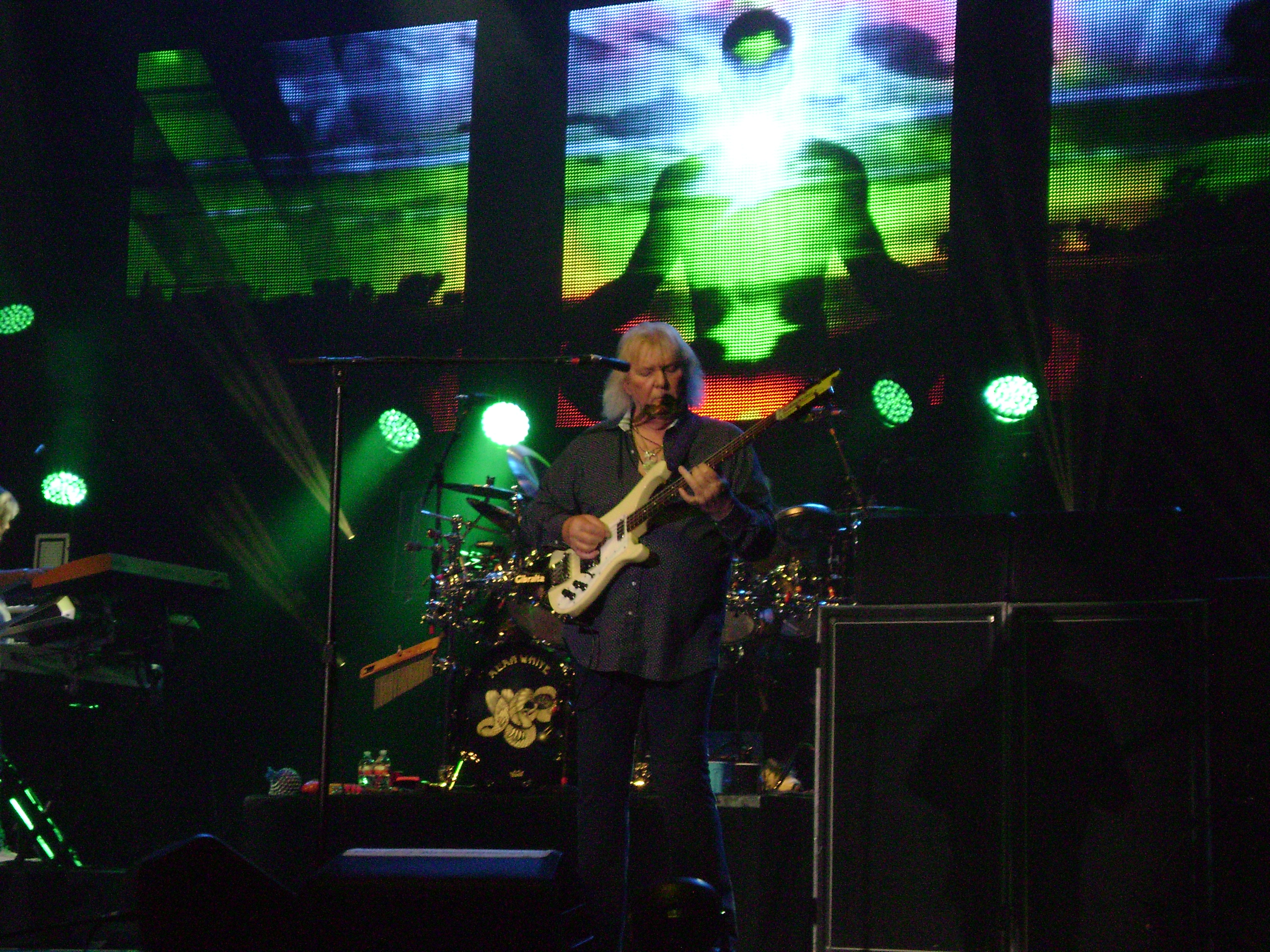 I woke up very early on the Sunday morning of June 29th, thinking about my favorite all-time professional musician; Chris Squire. Weird because the only person I usually wake up thinking about is Juan Valdez (associated with coffee).

Chris Squire is known for being a co-founder/original member, and only bass player my favorite rock band, the old school progressive rock group Yes, has ever had. That is until Mr. Squire’s recent announcement that he was sick. With his apparent blessings, Billy Sherwood would fill in for Chris with Yes, while he was off getting treatment. On August 7th, Yes will hit the road with Toto on an up and coming Summer tour. The very first Yes Tour without any participation from the bassman since the group formed in the late 1960s. And then later this year, Yes is the host of the coolest rock party on the open seas; Cruise To The Edge. Hard not to make note that our stations (ClassicRockRadio.co.uk) Jon Kirkman, will be the MC for this very special voyage.

And then on Saturday, June 27th, Chris Squire passed away.

My best friend and the love of my life Chris Squire will be cremated today in Scottsdale, Arizona at 3:00 pm. However, knowing Chris, he might be running a bit late for the event; After all, he has always been the ‘late’ Chris Squire. So at 3:00 pm Phoenix time, please take a moment to play your favorite Yes or Chris Squire song, or just think of your favorite Chris Squire memory.

Sending my love to all,
Scotland Squire

Inserted was a link to a website called, Time and Date Dot Com, that when on the web page had various locations around the globe listed and clock displays. No matter where one was on this Earth, the website helped make sure everyone was on the same page and could participate with the event Mrs. Squire had set up. So having different time zones, three o’clock in the afternoon in Phoenix, AZ, was also five o’clock that same day in Katy Texas. In a heartbeat, I knew that I would join in. The memorial event was labeled; Remembrance for Chris Squire.

Keeping an eye on the countdown, I racked my brains for what song to play at exactly Five PM on the old home stereo, that would sum up my regards for Mr. Squire. It didn’t have to be a YesSong. Could have been other material from Chris’ multi-decade career. Something from his outstanding debut solo record; Fish Out Of Water. Or perhaps a song from the works he did with Billy Sherwood? My gut tells me professionally that his involvement with Yes was probably one of his proudest achievements as a professional musician. So it comes to me. I pick the song, Sound Chaser, off the Yes – Relayer (1974) album.

Some quick background on why this selection. I first purchased Relayer when it was first released. One of my favorite rock albums to this day. Sound Chaser was the first song I saw Yes perform on stage live. With Patrick Moraz on keyboards, as a young teenager, I saw the band play in New Jersey, two summers in a row. The drums and bass on ‘Sound Chaser’ absolutely smoke! My favorite YesMoments always was when the band rocked. Alan White and Chris Squire were in my opinion, one of the best rhythm sections a rock n’ roll band ever saw. 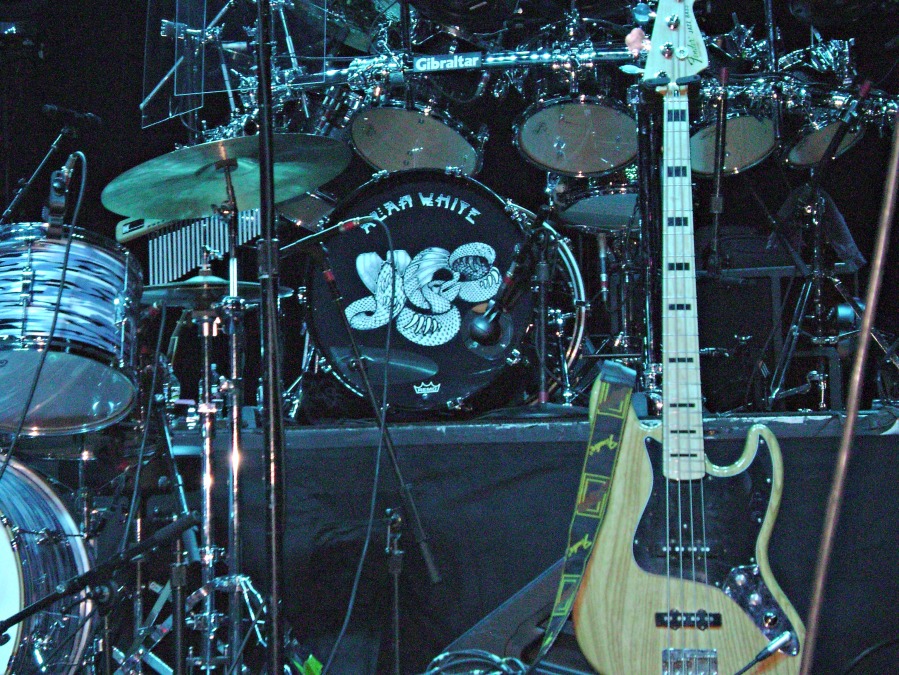 The source I used was the first issue of Yes – Relayer, on compact disc. I picked this compact disc of Relayer, over the remastered versions because to me , this is what sounds best. So that’s what I put in the CD tray. In the same room as the stereo, I lit a red candle. On the wall is a framed picture I have of the so called classic Yes line-up that includes Chris’ signature. When music was played, the volume on my home stereo so I could hear Chris’ bass playing, and vocals better were turned up loud enough so not only could my immediate neighbors hear it, but the whole damn block as well.

After Sound Chaser, I let the next song play; To Be Over. Not as rocky a number which gave time to reflect as the song was being played. Because I played tracks out of order, the first song, Gates Of Delirium, never had its turn. Only three compositions on that album. Hearing two out of three, hard not to play the centerpiece, so I pressed the play button, and the opening notes of ‘The Gates Of Delirium’ sprung forth out of my Sony speakers.

I decided to conclude this somber event by playing one of the four songs off Yes’ 1973 double album; Tales From Topographic Oceans. The song I played in my opinion, an appropriate send off to whom when in concert, Jon Anderson would refer to as; The Doctor. Chris knew enough about his trade to certainly be considered an expert. Not only was he a credible bass player, but a noteworthy songwriter, and singer. An asset, so I understand, behind the scenes as well. The composition I played; Ritual (Nous Sommes du Soleil). I was lucky enough to have seen Yes perform this song in concert, more than once. Almost as much as on Sound Chaser, I love the bass/drums here.

I started this column by saying how I woke up in the wee hours of the 29th, thinking about Chris. A little time went by since the announcement came out he was sick. Knowing the uphill battle he had, I must have assumed he’d still be around. So I sent off a brief note to a personal friend of the Squire’s, suggesting a short interview that could be done via email. An update as to how the treatment was going. Nothing difficult. An hour later, after pressing the send button on that request, give or take, I find out via John Wetton’s official Twitter account that Chris had passed away. I was crushed reading that. Outside the weather was rainy. Bad electrical storm with lots of thunder. Appropriate weather for when receiving the worst of news I would imagine.

As long as I live, and am still mentally competent, I will never forget the music that Chris devoted his life to making. For it made the world a better place, and me a better person for having Chris’ music, be it Yes or his other projects, in my life. All other Yes personal past or present, or other musicians Chris collaborated and played with throughout his career, deserve recognition as well. They helped make Chris shine. When it came to Yes, what music was published, and what I and millions of others purchased, was always a team Yes product. Numerous pairs of hands adding ingredients and stirring the pot. For myself, Chris’s contributions will always stand out. I am happy he had a vehicle like Yes to display his full abilities, as a professional musician. In my time, one of the coolest bass players/musicians to rock the planet. 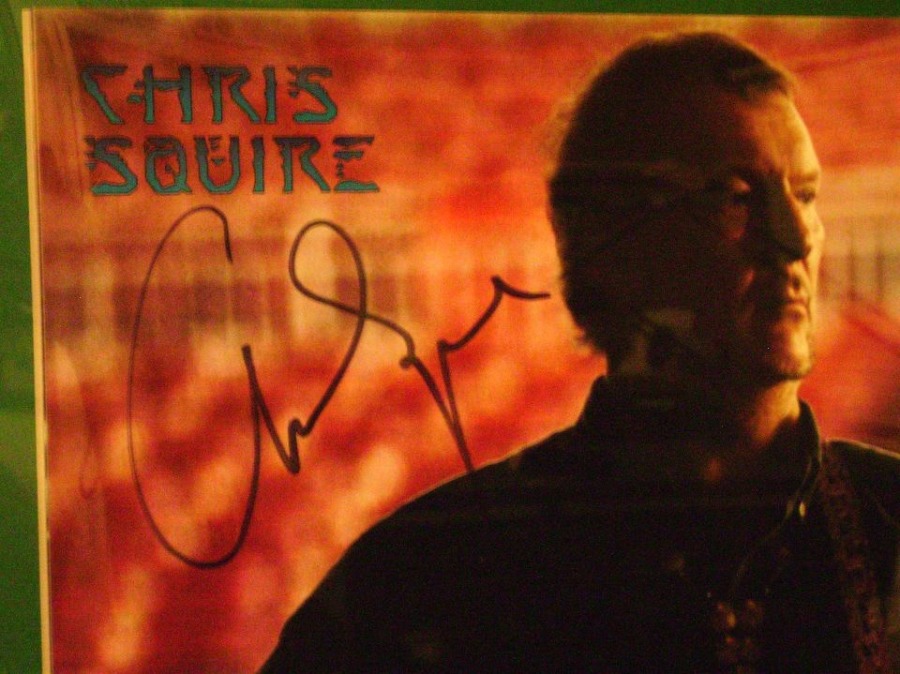 Note: All photos (not tour book scan) are photos that belong to Gary Brown. Used only with permission.

Can you help out an old altar boy? Boy Scout? Freelance Writer? Whatever you can donate big or small is more than welcome and very much appreciated. To contribute, please use this safe and VERY secure PayPal link: