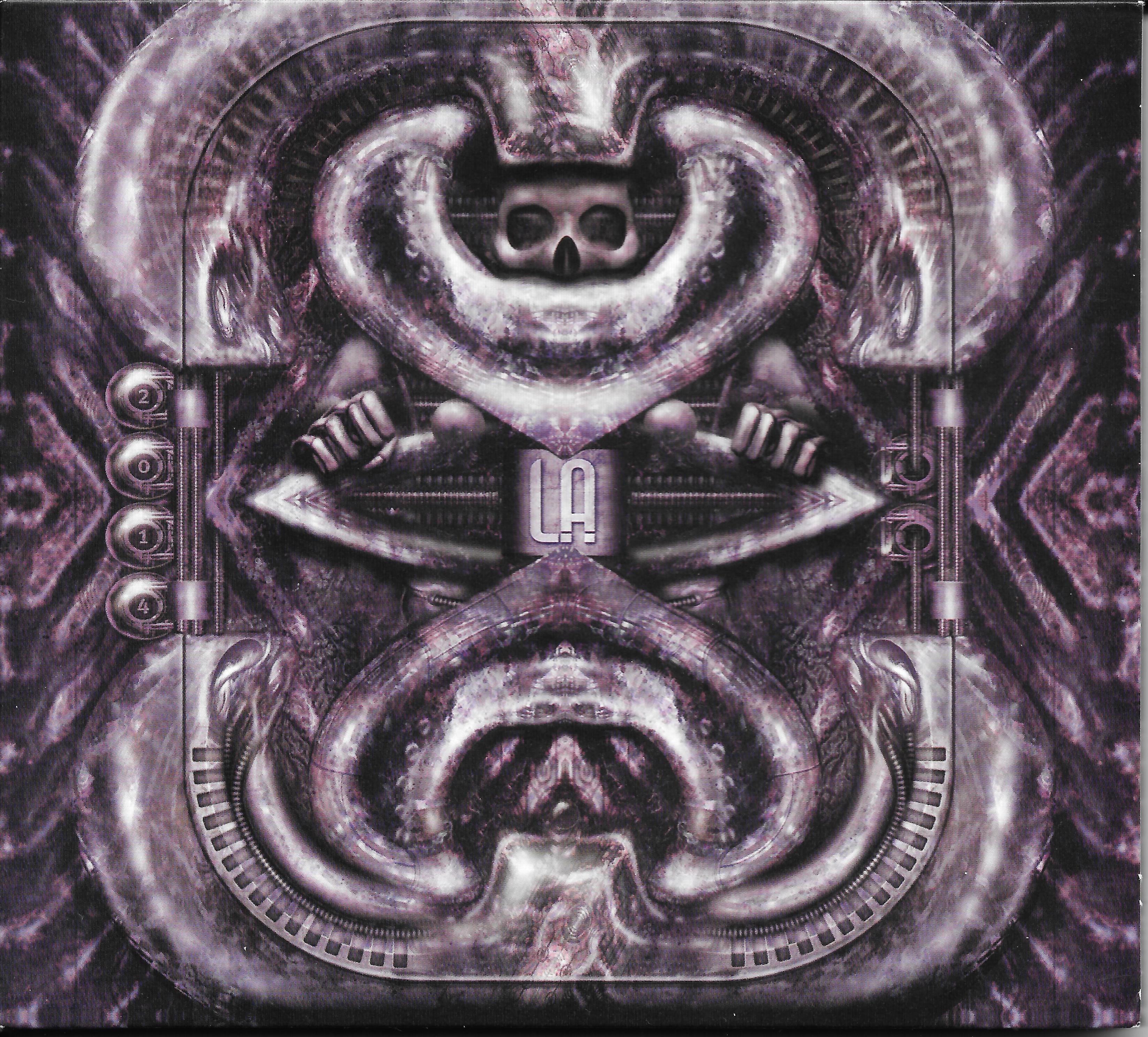 From out of the dark, and into the light. Easier to find stuff when one has sight.

I found this very fascinating EP CD in my mailbox, the day after it’s release. Around Halloween. I open the padded envelope and pulled out a CD that has cover art similar to an artist who I dug for decades and who just passed away this year, H R Giger. Inside the CD, I find out its a tribute to the late and great painter, known for being a surreal artist. In lots of his catalog, it’s his and others nightmares in vivid detail. Dripping in sexuality, depraved or otherwise. My lovely Sandra and I, in the past, would look at a collection of Giger artwork played a game called “find the penis”. Those having IQ scores of a hundred or less, might conclude (in a New York heartbeat) that there is something demonic associated because of the imagery. A frozen hot dog on a clean white plate to one, a meat dildo to others. As music is subjective to an individual’s interpretation, so is the creations of the masters.

Straight up, I was completely unaware of the musician whose CD this is. Sometimes I luck out and find players I don’t know, and in the process find an extraordinary musician/artist. So much so, I never forget them nor their work and end up becoming a loyal fan (not fanatic…meaning I start buying their products, and attending concerts, etc…). Or they find me, which is cool also. In this case, the songwriter / multi-instrumentalist is Leon Alvarado. Besides the EP of his that I’m reviewing, his bio states Leon had other projects previously, and in doing so has combined forces with musicians admired for their skill including drummer/percussionist Bill Bruford (Yes – King Crimson – UK). That in itself impresses me, for I can’t imagine Mr. Bruford nowadays just getting behind the drum kit for just anyone.

The musical stylings on this 24 minute instrumental masterpiece go from ambient to lively new age, to serious prog-rock, to just plain old-fashioned rock. With a jazz vibe somewhere in the mix. People can even dance/march to this. More upbeat than dreary. The quieter moments stimulates the imagination, but it’s the more livelier moments that had me give it repeated plays. 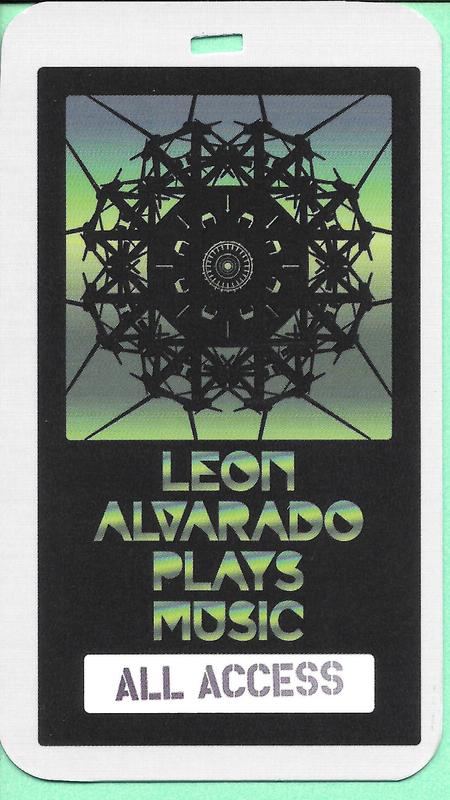 Using the one to five star rating system whereas one star means it pretty much sucks through a long straw, to five stars which means one can safely spend their hard-earned money on it, Uncle G rates Leon Alvarado: 2014 Music From An Expanded Universe (2014) – 5 stars to the tenth power. It’s a extremely fine EP that is seriously contagious. If I had to compare, I’d say it reminds me slightly of Steve Wilson’s ‘Incredible Expanding Mindfuck’ project. With Leon Alvarado: 2014 – Music From An Expanded Universe, there’s no limitations on where the extraordinary vibes/sounds take you. My fellow Prog-Heads will no doubt dig this, especially the bonus track called, Cinemania “Alive” (typed correctly by the way). This particular song has an early Vangelis vibe that’s to kill for.

For Your Information: Helping Leon on – 2014 Music From An Expanded Universe (2014) are Trey Gunn (King Crimson), Jerry Marotta (Hall & Oates_Peter Gabriel…many others), Smith6079 (or typed Smith 6079) who is credited with atmospheric guitars on the second track. On the same number, we have Gracenotex, who is noted for Atmospheric keyboards. Artwork done by Synergy Design / Leon Alvarado.