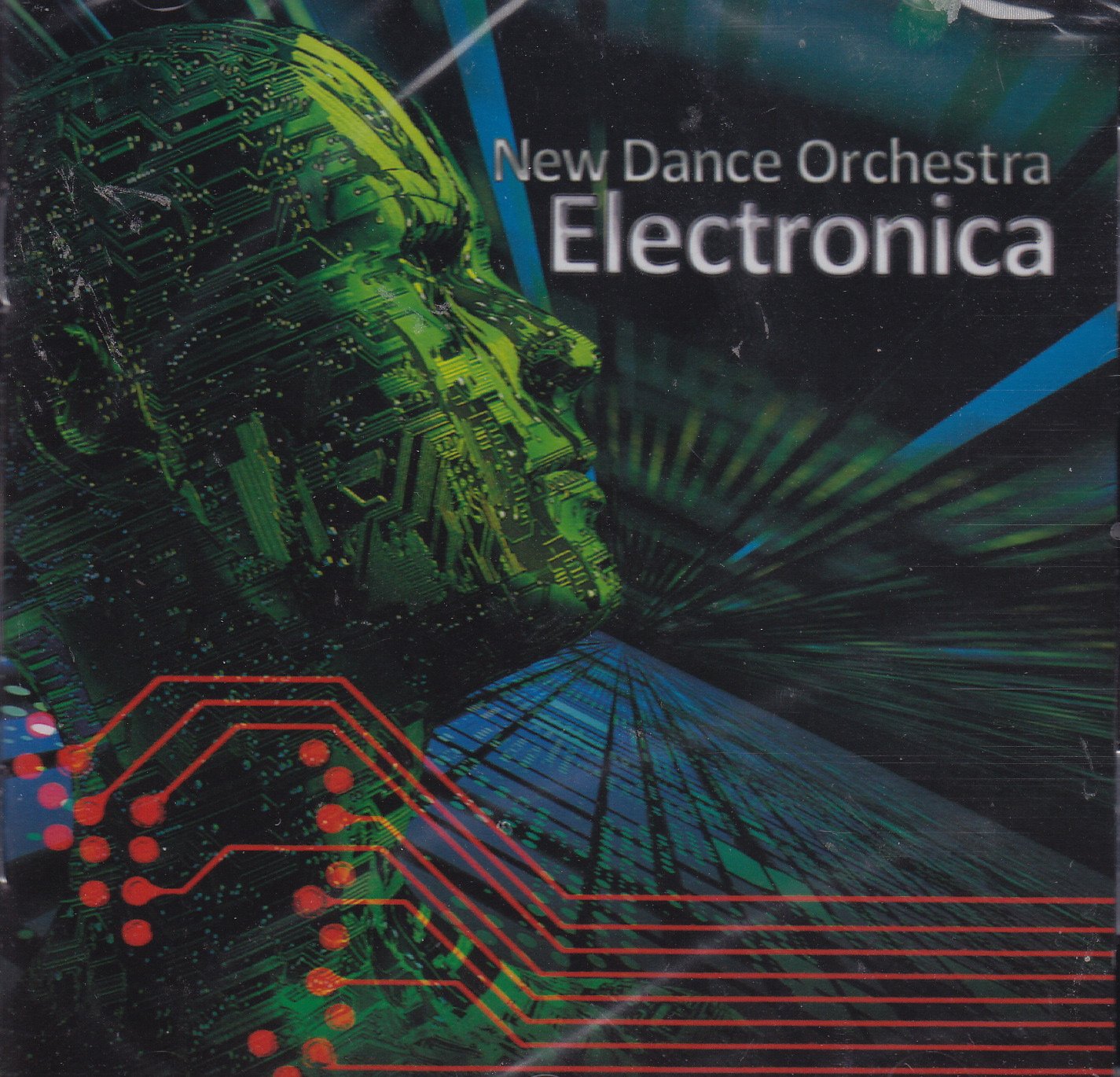 The CD that is currently playing aloud on my home stereo is New Dance Orchestra – Electronica. An independent effort at first being sold privately, I can only assume it did well enough to warrant an official CD Release. To this reviewer, the music is new. I spent the last couple weeks really getting to know the CD on the whole, and its songs on an individual basis. Explains why I get sent CDs I imagine. My reputation is based on the fact that I’ll then spend enough time with it so to be fair in my evaluation. This works for me as a writer. Hard to do hundreds or thousands of words on a subject one is not familiar with. Unless you write for, Rolling Stone Magazine (insert sound of canned laughter).

It’s my love for Prog-Rock that got me to listen to this non-progressive rock album. That’s how I originally heard of rock n’ roll keyboard sensation Geoff Downes. Dude replaced Rick Wakeman in Yes. You’ve got to be good to do that shit. From studio projects like The Buggles (Video Killed The Radio Star) to playing in front of sold out crowds at Madison Square Garden in New York City. Trevor Horn, Downes musical partner in The Buggles reportedly had nightmares thinking about Chris Squire surprising him with something new for the setlist being played that night. Downes survived (as did Mr. Horn) and surpassed the fame already achieved by being in The Buggles and Yes when Asia hit the airwaves. From there, a constant flow of good vibes and sounds emanated from one of his many keyboards. Geoff’s also an accomplished pianist and was a student at the City Of Leeds College of Music. Decades later, the flow of music keeps coming. Adding to Geoff’s accomplishments is a catalog of solo recordings that are all worth locating and adding to the collection, which is how I get to the point to where I am now. Next…full focus on; New Dance Orchestra – Electronica.

All instruments are programmed and performed by New Dance Orchestra – Electronica by Geoffrey Downes. Lead Vocals by Ann-Marie Helder, a British singer, and songwriter that people associate best by her involvement with the band Panic Room. Prog-Rock fans would like to know Anne-Marie also supported Steve Hackett just last year (2013) on his Genesis Revisited II tour. Her voice is beautiful and fits each and every track offered on NDO – Electronica.

So with a name like Electronica, what kind of music does the consumer think it is? Performed by The New Dance Orchestra, it kind of gives it away. This is music meant to be danced to. I tend to think of it as club music. I’m not the expert, but I have in the past gotten into some music of that vein. It’s the keyboards that attract me and the up-tempo beat. Even the slower songs on Electronica stand out. Seriously, this is a solid piece of work that showcases the combined efforts of the two participating musicians to a winning formula. I imagine a fact not to be ignored is a possible follow up project on the horizon. Both musicians/artists are successful in their own right.

Rating: Using the one to a five-star rating system, Uncle G gives New Dance Orchestra – Electronica: 5 STARS!! As long as the listener understands what kind of music this is and is not, then I imagine playing New Dance Orchestra – Electronica, will motivate them to lighten up and wiggle their bum around. I can assume Mr. Downes created this music so people can have fun while listening to it. I imagine that applies to the bedroom as well. One of these nights with the Mrs., I’ll just have to find that out (wink wink).

No paywalls! No insulting or irritating ads! Take your time…enjoy! Bookmark, tell your friends, and keep coming back. It’s FREE! But wait! That said, there are costs to maintaining a website. So before you leave, please donate if you can. And I’ll be forever grateful. Whatever you kindly give, will go towards helping to pay the monthy bills, and or go towards my next…

If interested in talking to me about my helping you with a Twitter page, let me know. Take a look at mine. If not anything else, my page shows sales experience. With a little dedication and focus, YOUR page could ROCK, just as much as mine. Drop me a message and I’ll get back to you. OH…I do charge a small fee. Done via PayPal (secure). don’t let that scare you away.