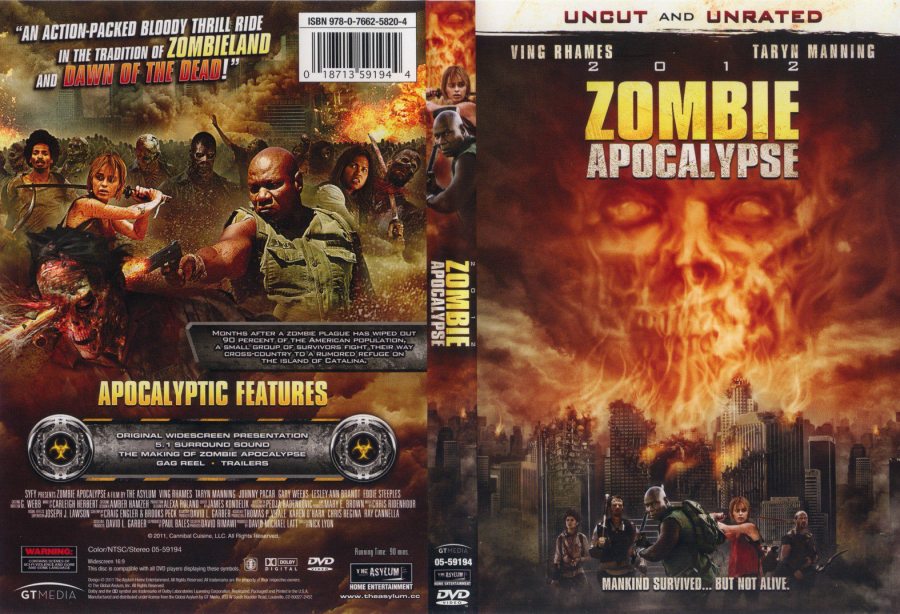 My first instinct was to stay away from this one. In a way I was correct. For one, my fear of zombie overload. Which I knew would happen sooner or later. I’ve been a fan of horror movie Romero zombies (the walking dead and not people in strange like trances) since first seeing Night Of The Living Dead, back in the 1970s. Here not too long ago zombies hit the mainstream. Now everyone is either into or making zombie films. I seriously wish they stop. Go back to vampires.

The one, the only…’The Asylum’ is responsible for this one. Becoming a well-known horror/science fiction B movie studio, in a way it makes sense that they have their own zombie films. I just wish they would have taken this a bit more seriously, and had their shit together more on this one. Oh well. Can’t all be gems.

“Look, wasn’t that zombie killed already?”. My wife asked this as we were viewing this together. Yes, guilty of re-using extra’s and not even caring or trying to hide the identity of the last zombie character they portrayed. Not the first goof/filming mistake. Shadows could be seen of the film crew. and get this, no one gets all nasty after killing zombies. You know, blood and guts all over. If you cut off a person’s head with a chainsaw, at close range, would the person who did the sawing not be covered in the victim’s blood? Not so much here. I guess the actors involved, didn’t want to get that dirty. It reached a point wherein the background there were things that would suspend the movie’s plot altogether; a moving train and on other scenes, cars. When their should not be any? I can go on. A list of things that one would think could have been spotted and taken care of by the time the film aired; Syfy Channel.

Yet, there was some good entertainment here. Didn’t all suck. If you totally shut off your brain, and take it all for face value, it’s not that bad a movie. The effects were alright. Good enough for an at-home Saturday Night horror Movie presentation. Which is what we were doing. In hindsight, we should have picked a better horror or science fiction flick.

My conclusion is that ‘The Asylum’ could have done better here. Sure they could say it’s low budget. That goofs were even made on purpose to give it that B movie feel. The fact is, zombie movies have been made previously for next to nothing budgets, and the results were better than this.

Rating: One out of ten stars, I give this a solid; 5 stars. That’s being generous.