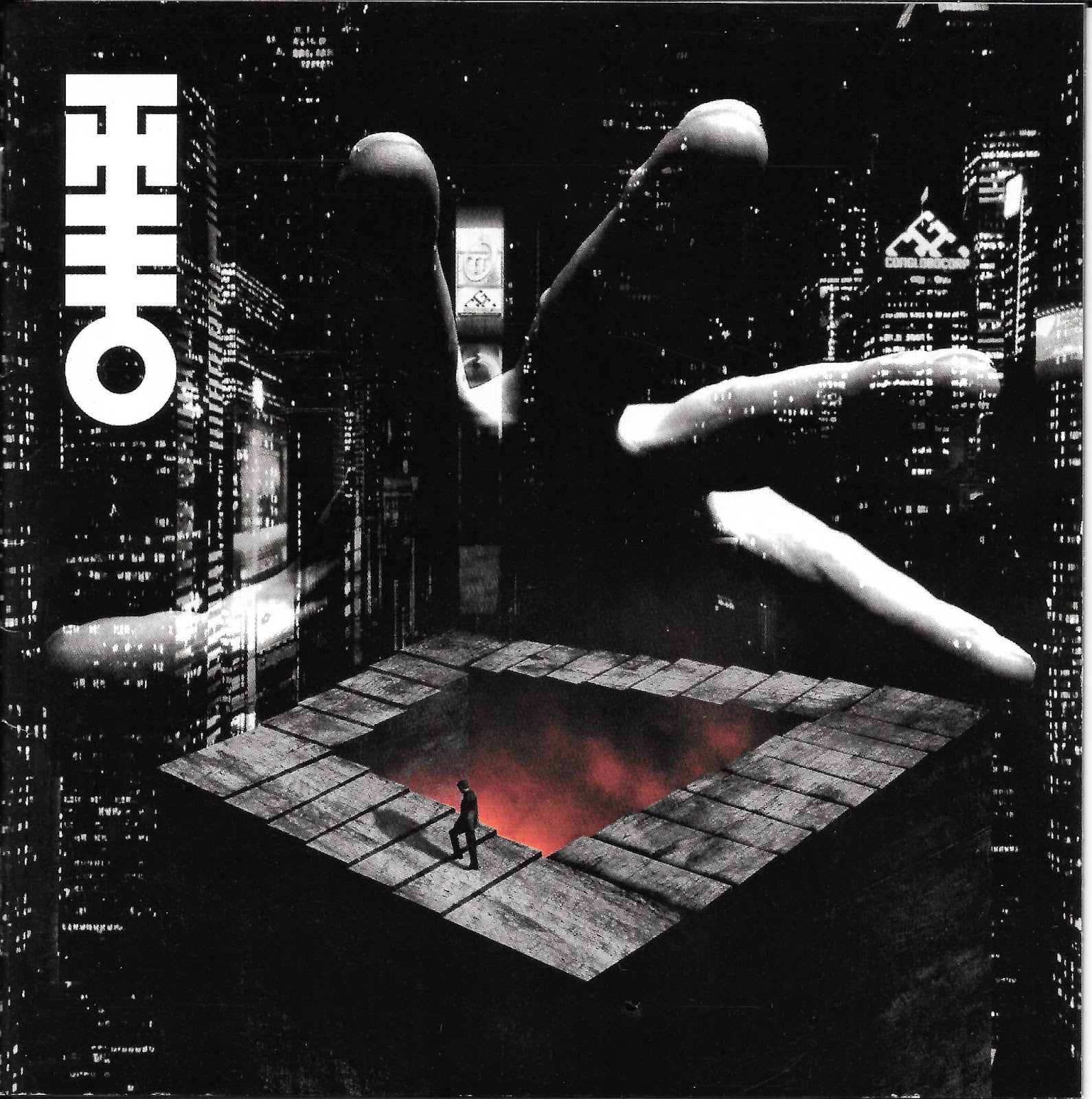 For those fans of classic rock that I sit here and type for from time to time, I know those more seriously into music are as excited as I am when a new band comes around that is worth checking out.

Wait…you know…the common everyday Joe or Jane just might dig this as well. Know why? Because odds are they already groove to mainstream prog-rock, and have been for some time now. Bands like Genesis, or Pink Floyd. Both have sold out stadiums when touring. The two iconic bands very popular within their fan bases, and with everyday average music listeners as well. Those without a personal music collection, and who just enjoy playing the radio, from time to time.

I am well established as being more than a casual rock listener. At times while playing Theo’s debut record called The Game Of Ouroboros, I became reminded of many an outstanding act in the history of progressive rock. We can say without argument that prog-rock itself, has been around since the 1960’s. Musicians / bands who back then displayed not only a talent for their craft, but extreme creativity as well. Reminiscent of when old school prog-rock was introduced and later ruled on the FM airwaves. Others might refer to this period of time as simply the nineteen seventies. When rock bands like Yes or Emerson, Lake, & Palmer were allowed by their record company to just go off and spend wads of cash, doing whatever they felt was needed in the studio to create a new million seller. On a sidenote…wish it was that easy, right?

That was then. It’s not really like that for musicians and rock groups in 2015. Most record companies have a reputation nowadays for being dictating. The twenty-first century is a whole new ball of wax in the music industry. And in the year 2015, new people first getting into music and going to concerts say how they have come to appreciate the musicianship that goes with certain styles of music, like progressive rock. Newer heavy hitters like Muse are solid prog to the above average music follower. Any band or musician playing more than three chords in a song, or more then one long continuous boring beat with the drums, is thought of sometimes as being too much out of the box. Labeled a ‘serious musician’ like it’s a bad thing. So complicated their music that the average Joe or Jane won’t bother getting into it. I had a DJ from a Houston radio station tell me that. Educating me like the dude was doing me a favor. Bullshit! Think if Beethoven was alive and composing today, that he’d be seen out getting Starbucks, and wearing a Transatlantic tee shirt? I do. I also think that somewhere in California, right now as we speak, a twelve year old boy is doing air guitar to Steve Howe’s guitar parts on ‘South Side Of The Sky’. And that, my friends, is a very cool thing.

I adore concept records. Lots of rock acts have used this approach as a way to get people’s attention and boost fan bases. Not all successful. Be it some kind of story, fiction or nonfiction. Could be new, or based on an already published work. Rick Wakeman did wonderfully with his interpretation of the Jules Verne literary classic, Journey To The Center Of The Earth (1974). Decades later, Judas Priest would educate their fans all about Nostradamus (2008) in a double CD named after the seemingly clairvoyant one of centuries gone by. Oh, and if a fan of hard rock, Alice Cooper’s 1994 album entitled The Last Temptation will blow your socks off. An original story, that even had a comic book accompaniment, in which I’m happy to report is part of my own personal library. And get this…signed by The Coop!

An excellent sound texture to a musical piece when used properly in my opinion, are sound bites. Kevin Moore, original keyboardist with Dream Theater, is a genius at this. Theo’s debut work begins with the listener hearing the familiarity of a telephone. So now the fun can begin. The voice on the phone now kicking in the first song, ‘The Game Of Ouroboros’, sounds like the computer from ELP’s Karn Evil # 9 ‘Third Impression’ that received a few upgrades over time. The artificial intelligence knows your name, and EVERYTHING about you, thanks to something I imagine is injected into a citizen’s body, called a “Selfi-Chip”. By the third song, ‘Creatures Of Our Comfort’, Theo, our main character, is now seriously screwed as Conglobocorp (those in charge) has ordered Theo to wait for the squad to arrive. Started off innocent enough. It was Theo that initiated the call. For yours truly, being a fly on the wall and sharing the experience, could not be any cooler.

I find the music and lyrical content found on Theo – The Game Of Ouroboros, captivating from start to finish. Its story held my attention, as did the sounds carrying it. The composer is one of the best professional Hammond organists working today, Jim Alfredson. I already mentioned him. Known for jazz more than rock, Jim’s keyboard playing is so good on The Game Of Ouroboros, that like the twelve year old I mentioned playing air guitar to Steve Howe, his friend, another twelve year old wanting to be a keyboardist…digging on Theo. Package includes a sci-fi story that describes life to almost being a creature in a zoo. The government enforcers owning the shit (food) being eaten, and easily amused by watching those they protect, grow fat and lifeless. Goodbye personal freedoms. So long being an individual. At least everyone sounds safe. Who would have thought that ever a problem? And along for the ride with Jim who also takes on vocals, Gary Devenport on bass, Kevin DePree on drums (also backing vocals), and Jake Reichbart on guitar. Two special guest musicians as well; Zach Zunis (guitar), and Greg Nagy (guitar and backing vocals on track six, a song entitled, Exile.

Using the one to five star rating system, whereas one star means it blows chunks, to five stars which means it’s cool to spend your hard earned money on it, Uncle G rates Theo – The Game Of Ouroboros, 5 stars! So much so, I’m going to try to catch up with these guy’s past endeavors. Keyboard lovers will love Jim’s playing. From here on out, call me a follower of everything Theo. It took three albums for the now legendary progressive rock band Yes to really catch on. With Theo, The Game Of Ouroboros is all it will take. Like ELP’s self titled debut in 1969, I expect Theo to really catch fire after this. According to Jim Alfredson, three years in the making. A long labor, but now a new prog band is born. Free by the way, to go forth and while doing so, passing along what inspired, and thus inspiring others.

Theo – These Are The Simple Days