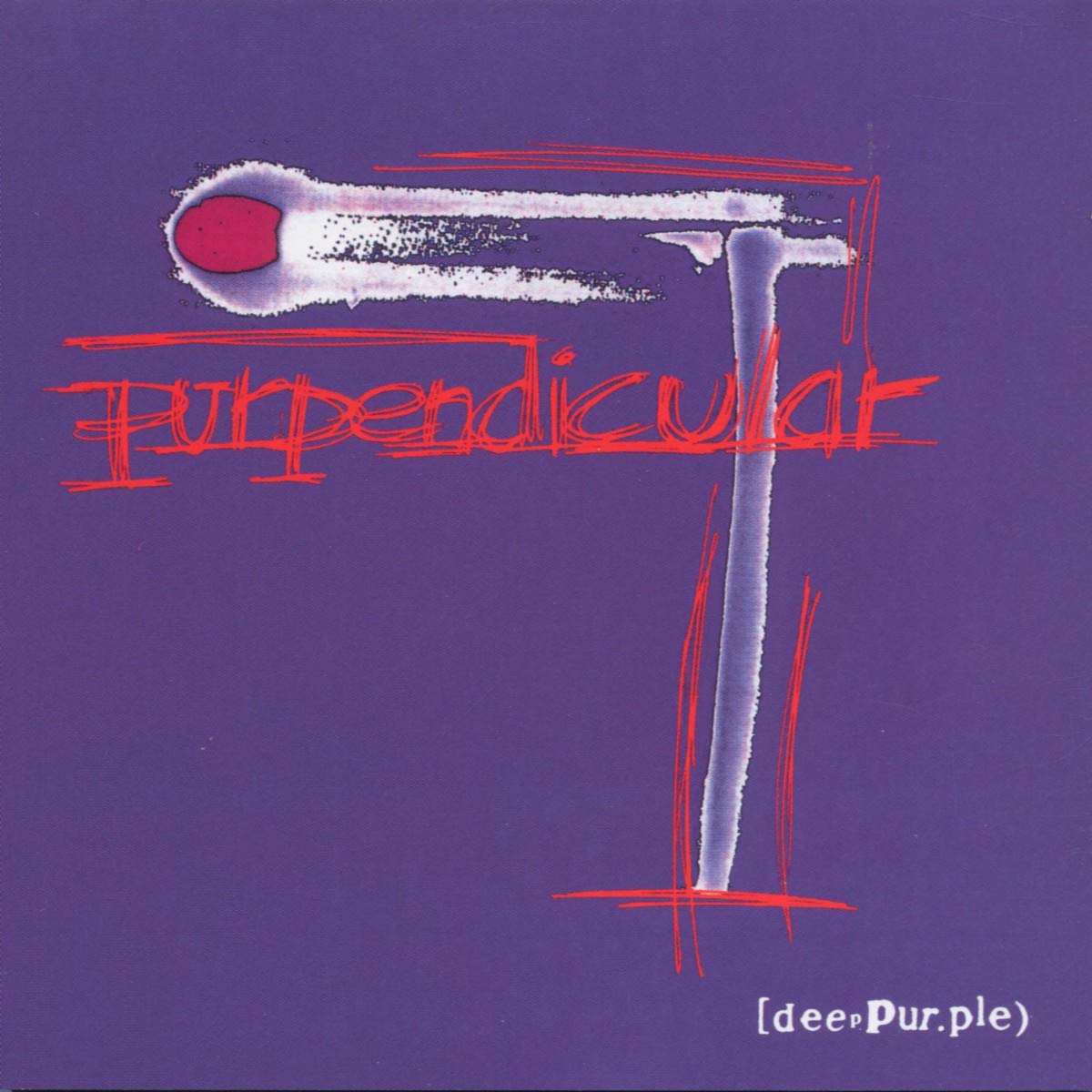 I got a hold of Deep Purple’s ’96 release of ‘Purpendicular’ back when it first came out. I fell into it. For like a week solid if not two, I gave the CD repeated listens. Never got old!

Like I mentioned a couple/a few days ago, I’m more of a lover of complete albums/CDs than I am just certain songs. It’s a habit I picked up in my youth. I’d buy an album, and as long as I dug it, would by giving it repeated plays, while in the process, memorizing the whole thing. Example; The Beatles – Sgt Pepper’s Lonely Hearts Club Band (1967). I lost count as to how many times I played this record. The whole thing. Both sides of the album. Of course, I’d have songs from that studio album that were certain favorites, but in the process, I also got to know the other songs that critics might have said weren’t “as good” as the others. The term in the radio industry on this side of the pond would be; deep cuts. Good songs, just not hits. I enjoyed it when they played them on the radio so as to give the other songs they regularly played to death, a small-time out.

Now since talking about preferences, I might as well throw this in. I always preferred music that I could wiggle my ass to a bit. Something with a bit of get up and go. I enjoy many forms or variations of music. Not all, but I am somewhat open-minded as to what I listen to daily. My mainstays are usually hard rock and progressive rock. Other types of music are cool. I also enjoy instrumental music, from time to time. Some scores for movies are worth being looked into, particularly the works of John Williams. I know he’s not a rock n’ roll guy, but still, I’ll have to do a column on him here for y’all, one day. Remind me.

Deep Purple’s ‘Purpendicular’ to me is a perfect rock album. From Steve Morse’s opening guitar licks of “Ted The Mechanic’ to the closing bars of the last song on the album, ‘The Purpendicular Waltz’. Every song is that good. Rockers, power ballads, or the in-between, it doesn’t matter for it’s all good. Outstanding as a matter of fact. For a band/artist to achieve making what I call, ‘a perfect album’, is simply incredible, to begin with. To me Deep Purple has done this more than once; Machine Head. One thing different is the guitar player. Ritchie Blackmore is not included in this 1996 studio release. Instead, we have for the first time the appearance of guitarist Steve Morse, in this already legendary group. Steve hits a home run on his first swing, and in the process, the other four legendary musicians just fall into place. This is everyone playing their A Game.

I was very lucky in that I got to go to a show from the Purpendicular Tour. At the House Of Blues-New Orleans. A GREAT place !!! I loved the food! Fabulous party atmosphere. I saw King Crimson at this same location, not that long ago. Enjoyed both visits! I would go back, even if just for dinner, anytime the opportunity presented itself. One of the best guys on this side of the Mississippi went with me; Kevin Landreneau. We had a blast !!! Stood for the whole show, right in front of the stage. More on the location of Morse’s side. This would explain “Uncle G” getting not one, but two of Steve’s guitar picks. I noticed being so close to the stage that after each song just about, Steve would give/throw out the pick he just used to the crowd. Following suit, right after he played one of DP’s greatest hits, ‘Smoke On The Water’, I reached out my hand and Steve just dropped it right in. How cool is that?

There was an official live CD released from this tour that I strongly recommend hearing/getting; Deep Purple – Live at The Olympia ’96. The band has performing with them, a small horn section. Gives a few of the songs a real cool boost. It’s a fun live CD that should be in every Deep Purple fans collection. Oh yeah…and if you don’t have Deep Purple – Purpendicular…I strongly recommend getting that as well. That and their Live at The Olympia ’96 double CD would make for a very cool pair of bookends.

Please Help Keep The Lights On