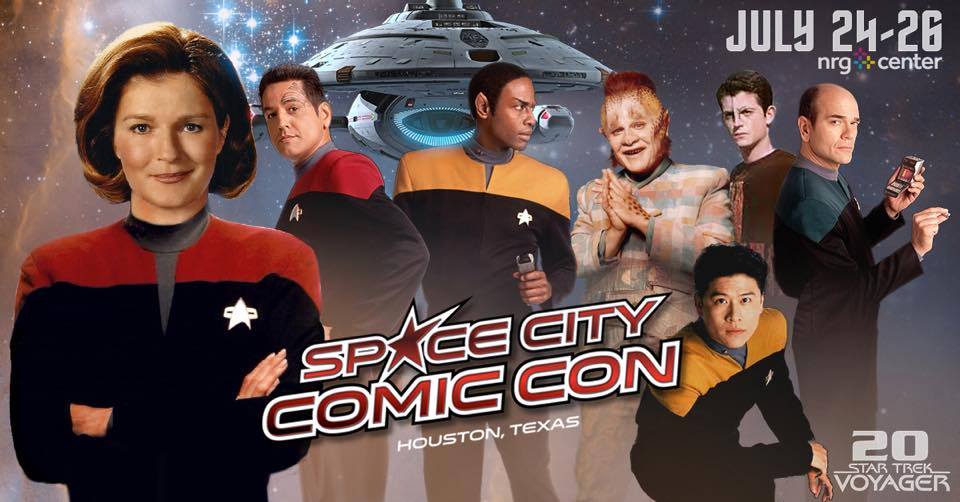 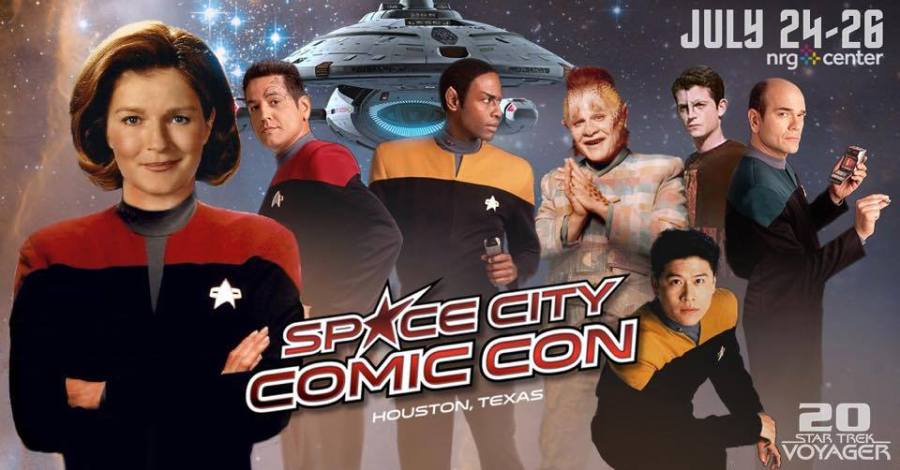 So I walk up to actor Garrett Wang’s table, looking to do a trade. Garrett is best known at least to this convention, for his role as Ensign Harry Kim. A popular character that lasted all seven seasons, on the third spin-off from the original 1960’s Star Trek television program. Fan favorite; Star Trek Voyager. First run episodes ran from 1995 to 2001. Closer to what I personally think the original Star Trek show was about; exploring the unknown, character development, and having scenes of good lookin’ women in heavenly attire. The science fiction series in total, filmed one hundred and seventy episodes. I have many favorites. Most of which center around Jeri Ryan and her 7 Of 9 character (wink wink). Excellent storytellin’ throughout its entire run. State of the art effects used back in the day (14 years ago). Bravo to all the series employed, behind the scenes and in front of the camera. Now, back to Garrett.

The day before this, I had an opportunity to ask Mr. Wang a question for a story idea I thought of. Had to do with Voyager’s Holodeck, and using its technology, being able to recreate one musical event of the past. For yours truly I used Woodstock as an example. The main reason is that I was still in my single digits when that took place. If older I’m sure I would have at least tried to attend. Using the fictional spacecraft’s technology, I could do that. For those who read my story, Garrett’s answer was he’d use the Holodeck so he could attend an Elvis Presley concert. In my mind, a super cool answer. In part because outside the NGR Center, in which we were, was the Houston Astrodome. Still standing and in need of a little renovation. I’m being sarcastic here. The place looks like a shit-hole, as compared to its glory days. Has been voted by city residents to be torn down. Yet, there it is. Historical in a sense that grand events from the past taken place there, including Elvis playing at the annual Houston Livestock Show and Rodeo. The last time was back in 1974. Played two shows, for a combined attendance of; 88,119. During one performance Elvis commented about the large size of the audience saying it was the largest crowd he’d ever played for. Like they say, things are bigger in Texas.

So forty-one years ago across the hot parking lot from the building Garrett and I were in, was where the legendary Elvis Presley and his band played.

Walking up to Garrett, I thanked him for being cool the day before and answering my question. Next came the setup for a proposed trade I wanted to do with him. I said (paraphrasing) I will trade you your autograph on a 3×5 card that I will supply, costing you nothing, and in return I will give you this CD, and I hand it to him. Now, remember everything I said up to this point. Here’s the CD I made a copy of only a few hours beforehand; Elvis Presley – Event Number Eight: Houston, Texas, U.S.A. March 3, 1974.

Now for those who want to Google and buy this CD themselves, it’s really not for sale. At least not legally. This is what is typically referred to in the trading circles as a: bootleg. A ton of Elvis’s shows was recorded back in the day. Many of them soundboards. Which is what ‘Event Number Eight’ is. Sounds better then if at the actual event.

Anyone who attended a concert at the Astrodome in person, in which I did more than once, knows the sound was borderline horrible. Plain and simple, the acoustics sucked. Makes sense the soundboard recording is better sounding. Listening to this treasured recording would be a real trip for those who I bump into every now and then who attended either one of the performances. I stay about thirty-five minutes away from the Astrodome. Many of those in attendance at either one of the two shows that fateful day is still alive. I’ll run into folks every blue moon who once they find out that I write for a classic rock station, want to tell me every detail of their being there. Talked about like it was the historical event that it was. Entertaining recollections indeed. All the world loved Elvis, especially Houston Texas.

So Garrett has the home-made CD-R in his hand. He starts reading aloud what took me almost an hour to print. One word explanation; arthritis. But it’s cool. Something I wanted to do. Got the idea while having morning coffee going over the day before events. A light bulb went off over my head when I was reading Garrett’s answer to my holodeck question.

For like a year, a decade ago, I got into a serious Elvis Presley kick. Started buying his CDs. Since a kid, I have been into trading. Too poor to buy everything. Pertaining to music, not regular products. I always loved broadcasted concerts, and pretty early on would stay up late at night and record them over the radio. And then I make copies and trade. Others did the same thing with musicians/bands they liked. Then I discovered bootlegs. As a collector of music and having thousands of CDs, some of these rare recordings are too good to pass up. I found a serious Elvis collector who also liked Prog-Rock, so off to the races we went. I remember one he wanted was Yes @ Roosevelt Stadium, back in the 1970’s. A concert I was at as a matter of fact. Broadcast by what was at the time, New York City’s top rock station; WNEW FM. And that Ladies and Gentlemen is how I got a very special collector’s CD of Elvis at the Astrodome in 1974. The entire show, afternoon performance. Broke attendance records, only to that night, break another attendance record. That’s impressive!

So Garrett is reading aloud the cover I made of the CD. Has a hint of excitement in his voice as he’s going down the tracks, reciting one great song title after another; All Shook Up, Love Me Tender, Hound Dog, Fever, Suspicious Minds, and then the closing number, Can’t Help Falling In Love. Garrett looks at me and says; “I’ll trade!”. Took my 3×5 card and signed it. We both smiled. I thanked him and left so he could get back to business and sign autographs for money. 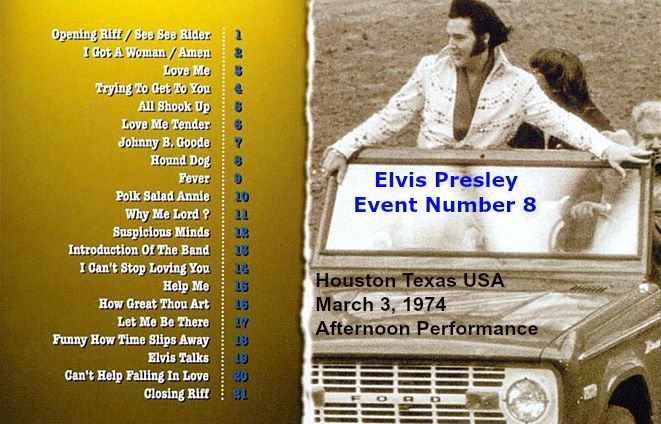 So how cool is that? Thanks to Garrett Wang for playing along TWICE with me. I hope very much he enjoyed listening to the live Elvis recording. It was more a gift than it was a way of obtaining his autograph. Afterward, I thought it would make for a cool story to tell. That’s what I do right? I explained to a Space City Comic Con volunteer while just hanging out, that I was in all actuality, a storyteller. Not that I wasn’t able to be a stick to the facts reporter. I learned journalism 101 back in high school. Writing to me is more fun this way.

While at the Con, and observing that which was going on around me, I happened to watch Garrett with his fans. The dude can’t be any cooler. Doing a simple Google search will show one picture after another of Garrett behaving wonderfully with whoever approached him. I would recommend if the opportunity ever arose of being able to attend a convention and Garrett was there, to go up and say hello. Just bring your wallet. Leave the trading up to the professionals. 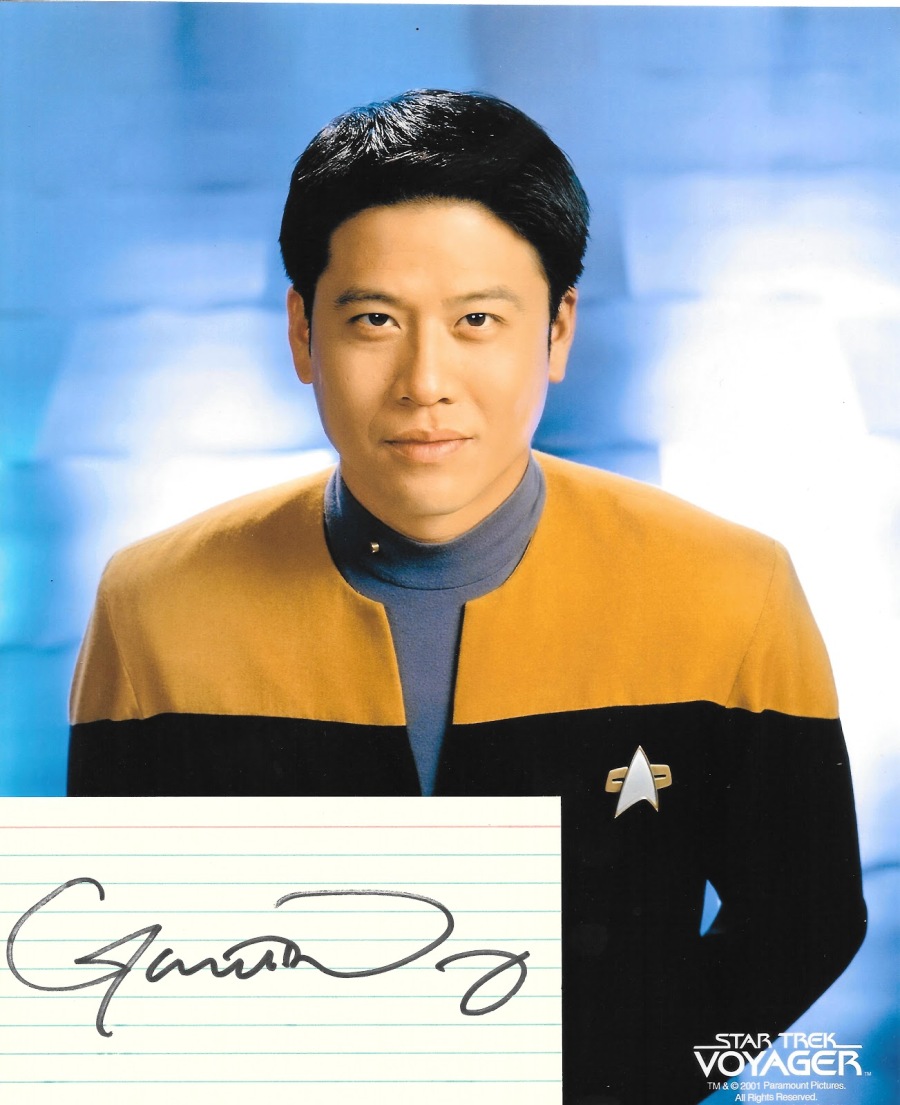