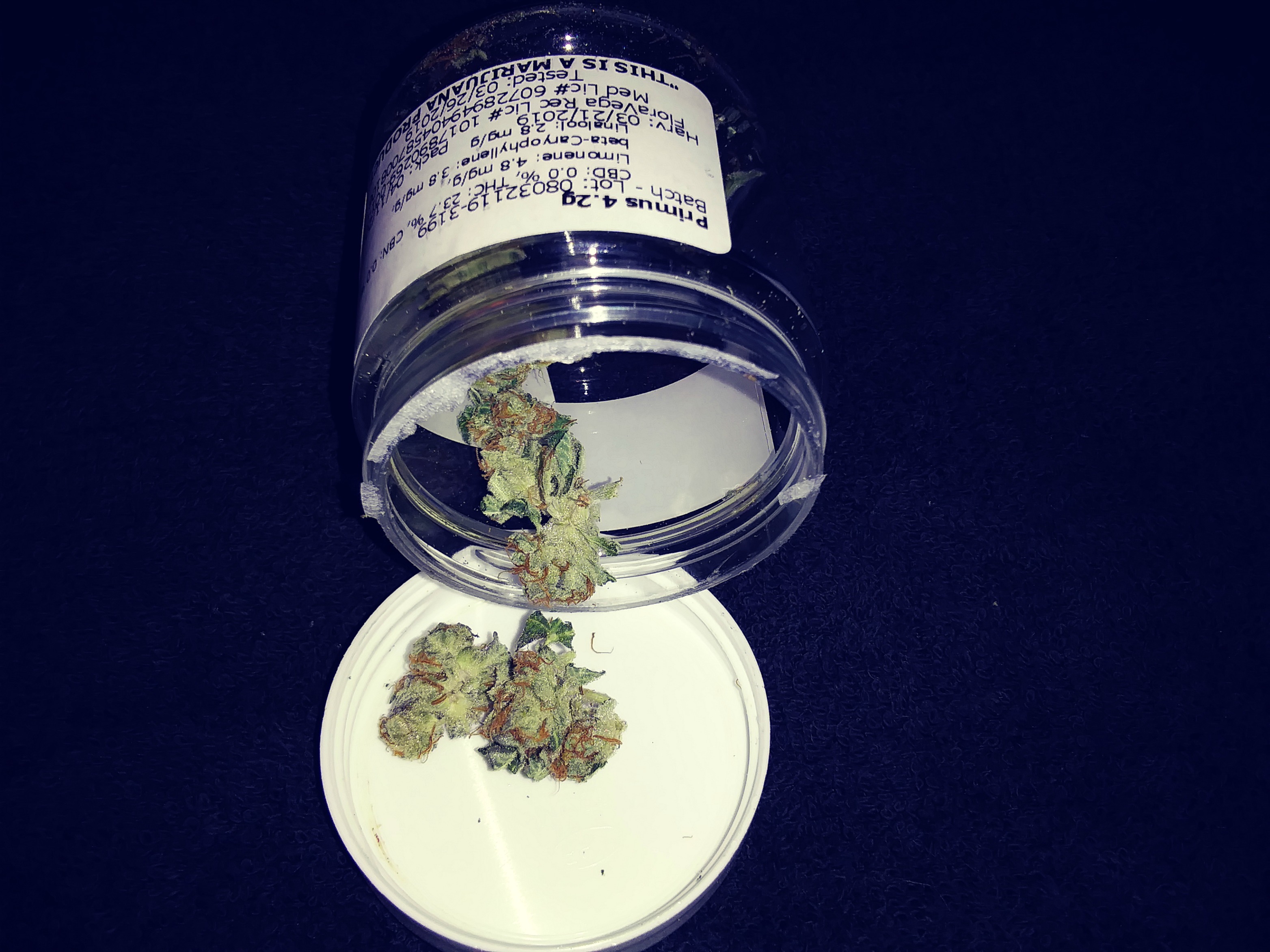 As Seen On (in part)…LVCannisbisReviews.com

Uncle G’s FUN 420 Reviews
Spotlight: Primus by Flora Vega
By Gary “Uncle G” Brown (Twitter @GBrown0816)
It’s sunrise in fabulous Las Vegas, Nevada. I just woke up. Temperature the night before was in the 50s. Slept with the window open. I got a wonderful night’s rest. Within about a half hour of opening my eyes to start another day, I had a nice mug of instant coffee (from Mexico) already in my system. It was a dark roast. And then this happened.

Having just smoked, I decided to blow the ashes out of the now spent bowl, so to empty it. Prepare for the next round, so to speak. Was lazy of me. I blew too hard. I see the tiny screen that was used to cover the small hole so as not to get cannabis in the bong water, literally rise from the bowl and almost immediately fall to the ground. The pot ashes went everywhere (as expected).

You should know, I don’t buy cheap paraphernalia. In this case, a well-made metal screen, that I purchased in Greeley, Colorado, at a head shop called, Mellow Yellow, which was located right up the street from where I lived. But then something weird happened. Before the screen should have hit the desert sand, a small winged creature appeared from my right side. In the space of a few seconds, it swooped down catching the now used screen, and then as quickly as it appeared, flew away. So I picked my jaw off the ground. Since down there I looked for the screen. Didn’t locate it. Oh well, off to the next one. There went twenty cents.

To the recreational cannabis user, watching the sunrise outside in the backyard, doing a bong, drinking instant coffee first thing in the morning, is a pretty cool way to greet the day. The medical marijuana I had was an indica, in which I don’t really recommend doing ‘wake & bake’ with unless in having to deal with chronic pain, in which for me starts the moment my feet hit the bedroom floor. 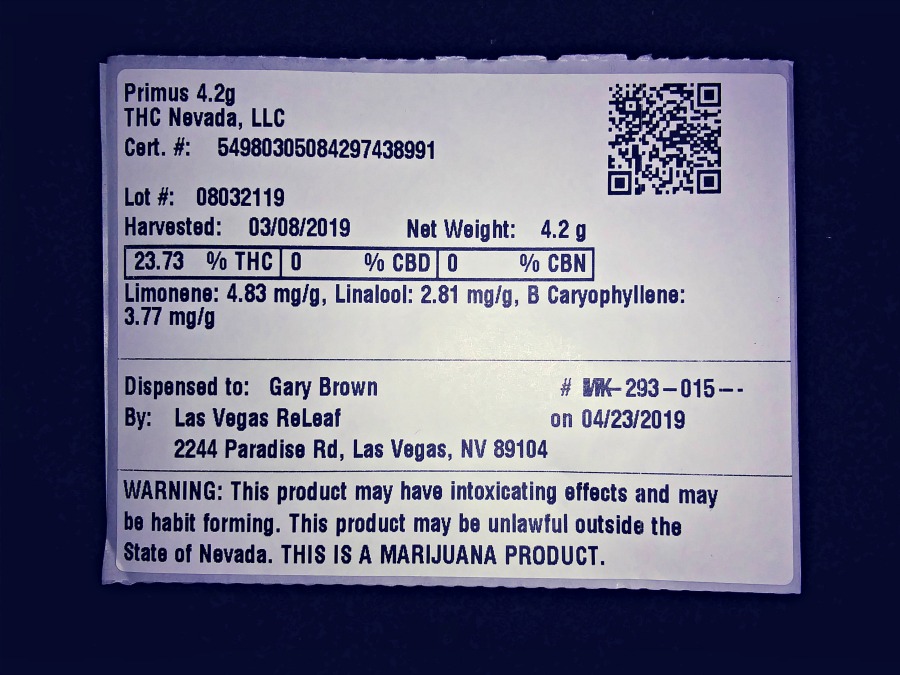 In my opinion and going on my own aches and pains, ‘Primus’ could be used as medical marijuana. And for those not used to it, ‘Primus’ can because of its higher THC count, knock you silly. Right away, I can say the powerful strain, promotes restful sleep. Always a nice thing!

Next, expect the munchies.

Most importantly, if dealing with chronic pain, such as myself, I would recommend having ‘Primus’ in the medical marijuana cabinet. Accounts on what you got going on with your life, but it can be used 24/7. If something works for you, stick with it.

Smoking Primus using a bong as a delivery system, will get you stoned as shit! I have experience. Cool to do, but it’s not really necessary. This particular morning, my everyday pipe was being cleaned. The only time I use a water pipe nowadays is when socializing. That to me is more along the lines of smoking recreationally. Using Primas as medicine, I’m now dosing (about 2 or 3 solid hits) every couple hours. I grind my herb. Smooth burn. I noticed minimum coughing, with this strain. Matters to me because I do actually inhale. No need for alarm. Better for me in the long run than whiskey and pills. That in the past has helped me deal with pain. It can be dangerous. I know too much about that. The wise choice here: Primus by Flora Vega.

Before I sign off, let’s apply a little logic to the beginning of this article.

I wear prescription shades. In the corner of my eye, high in the sky, I caught the brightness of the new days rising sun. Anyone who did this knows, that sunlight can be blinding.

Next came what I later on figured out to be a run of the mill, white moth. Typical for where I am. For a split second, glare from the sunlight and the moth all crossed paths with the now renegade filtering tool. The insect with the perfect timing flew away. The screen did indeed fall to the ground. Gravity will do that. Seriously, how much does a typical pot pipe metal screen, typically weight? The answer is not a lot. The easiest explanation is that once on the ground, the desert breeze blew it away. That or a badass cannabis-using white moth stole it from me?

Note: No white moths to my knowledge were harmed during this writing of this article.